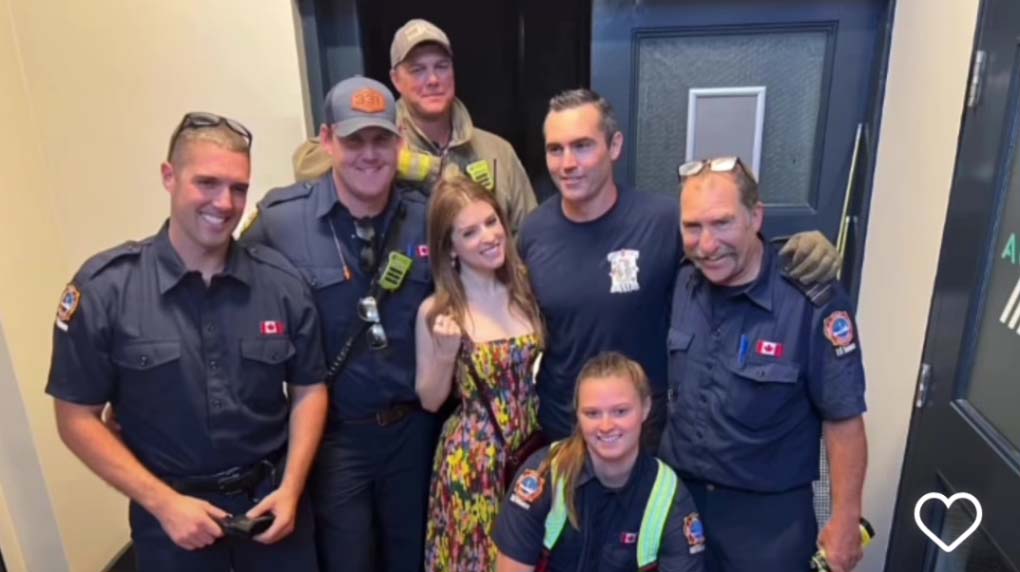 A-list celeb Anna Kendrick has a good excuse if she shows up late for her TIFF appearance on Sunday night.

Shortly before 2 p.m. on Sunday, the award-wining American actress posted a light-hearted video of herself stuck in a packed elevator on Instagram.

“Ah, the classic. I’m behind schedule at this film festival because I had to be rescued from an elevator,” excuse #TIFF22,” she wrote.

Kendrick is the star of the Canadian film “Alice, Darling,” which is set to have its gala premiere at 9:30 p.m. on Sunday night at Roy Thompson Hall. She is expected to walk the red carpet before the screening.

“Alice, Darling” tells the story of a woman named Alice, played by Kendrick, who is trying to leave an emotionally abusive relationship. It was filmed last June in the Kawartha Lakes region.

“This is why I shouldn’t leave the house without at least like a little airplane-sized bottle because you never know when you’re going to get stuck in an elevator. … Guys, we have to ration the limited food supply that we have,” Kendrick quipped in the nearly two-minute long Instagram video, which already has almost 20,000 likes.

“Just vibing in the elevator. … We love it.”

In the clip, firefighters from Toronto Fire Station 331, which is just east of Trinity Bellwoods Park on Claremont Street, are seen coming to the aid of the trapped people, who were required to climb a ladder to exit the elevator through the ceiling hatch.

“This is why I should take the stairs next time. … It’s all the food I ate last night, I knew it,” she joked.

“I can’t believe this is happening. … Are you (explicative) kidding me?” Kendrick, who wore a long, colourful dress, is heard saying before climbing a metal ladder.

To which one firefighter responded: “No. Come on, we got you!”

“It’s a good thing I’m not wearing a short skirt today. The Lord said to me, choose the long skirt, Anna,” the starlet said as she made her way out of the elevator shaft.

“And, I’m in love with every single one of you. Thanks guys!”

No one was injured in the ordeal.

Kendrick ended her video by sharing a few photos she snapped with first responders.