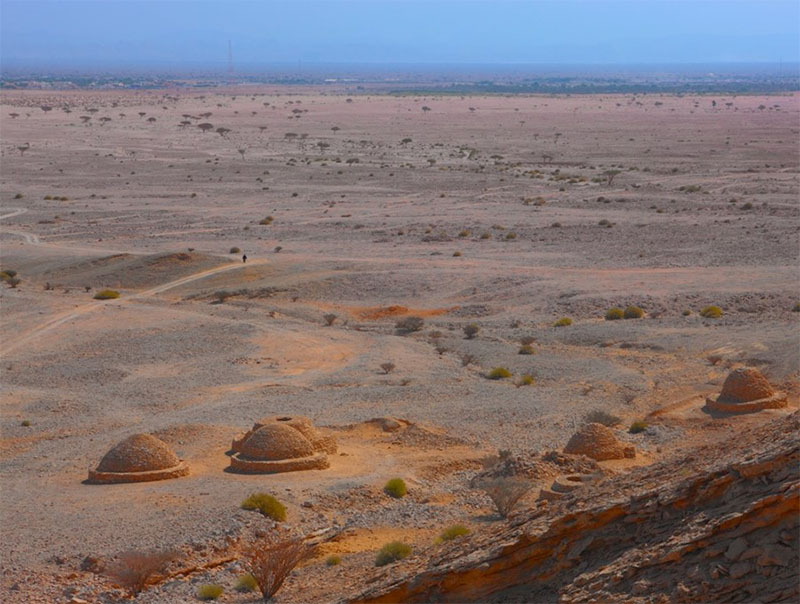 The UAE may have only just celebrated its 50th anniversary of independence but Abu Dhabi has a centuries-old past.

The largest of the emirates boasts an array of UNESCO World Heritage sites as well as some of the country’s most well-preserved forts which showcase its key geographical location over the centuries, telling the story of the Emirati people’s connection to both land and sea.

A short drive to the oasis town of Al Ain is where some of the most magical gems of the bygone generations come to life, a living museum paying homage to the country’s Bedouin roots.

The birthplace of the country’s founder and first president, the late Sheikh Zayed bin Sultan al-Nahyan, Al Ain is a must for visitors to the UAE for a true taste of its authentic culture and heritage.

Known as the Garden City, Al Ain was once a vital green oasis on the caravan route from the UAE to Oman and is now home to several UNESCO protected sites.
Here are some of Abu Dhabi’s key archaeological and historical treasures.

The 18th-century Hosn Palace, or Qasr al Hosn, began as a single watchtower in the 18th century and, as the complex grew, eventually became the seat of power until the late 1960s.

“There are beautiful stories about the palace told by people that used to live around this place,” says Nataly Leslie, a tour guide in the emirate. “The palace door was very much open for people to talk to the sheiks and tell them their concerns.”

Today, the palace remains a key attraction not only for tourists but Emiratis alike, who come and sit in the palace coffee shop to savor the place they have heard their ancestors speak of so fondly.

The first of the UAE’s UNESCO sites was the dramatic Al Ain Oasis.

Set in the heart of the place known as The Garden City, the site dates back more than 4,000 years and is evidence of one of the first irrigation systems of modern times.

The system, known as “falaj,” took water from the nearby Hajar Mountains via a series of narrow waterways still visible today.

Visitors can take curated walking trails through the site which covers over 1,200 hectares and contains more than 147,000 date palm trees and 100 varieties of date.

The centuries-old falaj system was only updated in the 20th century with the introduction of pumps. An eco-center is also available for visitors to gain a deeper understanding of the ancient Bedouin irrigation systems.

The fascinating area which once had a huge community of farmers extending all the way to the northern emirates, all utilizing the area’s network of falaj irrigation systems, features a rare Iron Age building and 5,000-year-old Bronze Age tombs as well as the towering Gharn Bint Saud.

This 40-meter-tall rock rises above the landscape with several ancient stone tombs at the top. Several of the discoveries from the area such as pottery, dagger blades, jewelry and bronze arrowheads, are now on display at the Al Ain National Museum.

Archaeologists have discovered villages, burial grounds and agricultural infrastructure from what is now referred to as the Umm an-Nar period, named after the island off the coast of Abu Dhabi where the remains of the culture were first discovered.

It is also home to the UAE’s largest collection of tombs and buildings from this period.

In addition to being Abu Dhabi’s highest peak, Jebel Hafit (Hafit mountain) is also home to around 500 5,000-year-old tombs which mark the start of the Bronze Age in the UAE.

First discovered through excavations back in 1959, archaeologists found ceramic vessels and copper artifacts in the igloo-like tombs which showed the importance of maritime trade across the Arabian Gulf.

The single chamber tombs are a dramatic site offering a window into a time gone by.

“Most people don’t know about all these discoveries in this area,” she says. “Even though the UAE is a relatively young country, it has ancient findings that prove that this area was once a busy place where history was made.”

This small but critical fort at the gateway to Abu Dhabi’s main island was erected in the late 18th century using basic materials such as coral stones, beach rock and sand and its tower would guard and protect Abu Dhabi for many years to come.

“While Qasr al Hosn developed into a place of great importance for the local people, Maqta Fort became a rest stop for people coming into Abu Dhabi,” says Leslie.

Once the home of the late Sheikh Zayed, the first president of the UAE, Al Ain Palace was lived in by the ruling family until the 1960s before they made the emirate’s city their permanent home as Abu Dhabi’s main island transitioned into a political and economic capital.

Visitors can get a glimpse of life inside the residence which stands as a memory of the time before oil was discovered in the mid-20th century.

Though not “old” compared to other sites in the emirate — the oldest building at the complex is from 1937 — it is made of the traditional materials of the era, dotted with the traditional courtyards which characterized such properties in the region during that period.

Now a museum, visitors can see the critical links between past and present and appreciate Abu Dhabi’s rapid transformation from Bedouin life to modern affluence.

“If you are a fan of history and want to learn about the royal family and traditional architecture of this time, this is the perfect place to go, says Shamsa Al Naqbi, an Emirati tour guide.

“It’s an insight into the life of the royal family, their rooms, the style of architecture, items they would use, so it’s a really nice place to visit to see the true history of the UAE. It also really shows the transition our ancestors made to the modern UAE we have today.”

A little off the beaten track is Sir Baniyas Island in the Western Region which can be reached by boat or flight from Abu Dhabi through the Anantara resort, which manages the remote island’s tourism.

Discovered in the early 1990s, the church and monastery is the only pre-Islamic Christian site found in UAE, explained Leslie. It’s the source of hundreds of artifacts offering a fascinating insight into life during this period.

“Like life in the UAE before the discovery of oil, the inhabitants of this settlement used the sea as their source of food,” she said. “They also kept animals like sheep and cattle and traded across the Arabian gulf and into the Indian ocean.”

Sir Baniyas Island is now a wildlife reserve, home to a wide range of protected animals from Arabian oryx to gazelle which visitors can witness first-hand on safaris.