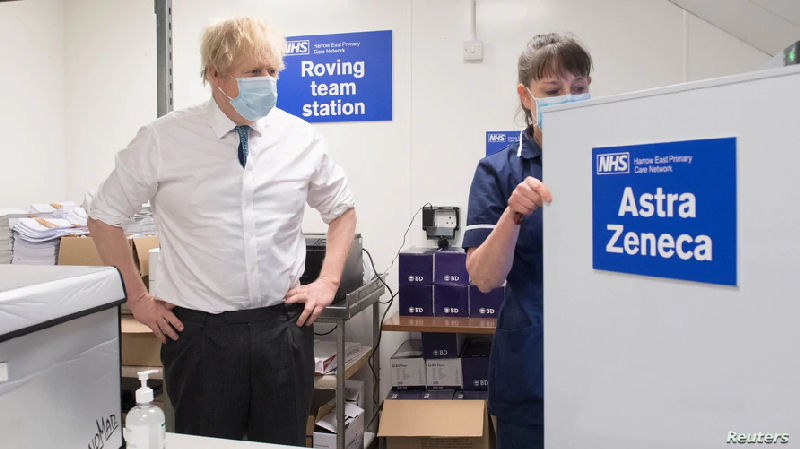 EU officials confessed on Saturday to a “blunder” in invoking Northern Ireland Brexit emergency powers during a showdown with Britain over vaccines, and London said it expected its supply of COVID-19 shots would not be interrupted.

The European Union has fallen far behind Britain and the United States in the race to vaccinate its public. It announced on Friday it would impose export controls on vaccines, widely seen as a threat to prevent doses from being sent to Britain.

But it was forced to reverse part of the announcement within hours, after both Britain and Ireland complained about plans to impose emergency export controls for vaccines across the land border between Ireland and British-ruled Northern Ireland.

“They have recognized they have made a mistake and I believe we can now concentrate on making sure that our vaccine program is successful,” Michael Gove, a senior British cabinet minister told Sky News.

Britain’s Foreign Secretary Dominic Raab tweeted: “I was reassured the EU has no desire to block suppliers fulfilling contracts for vaccine distribution to the UK.”

“The world is watching and it is only through international collaboration that we will beat this pandemic.”