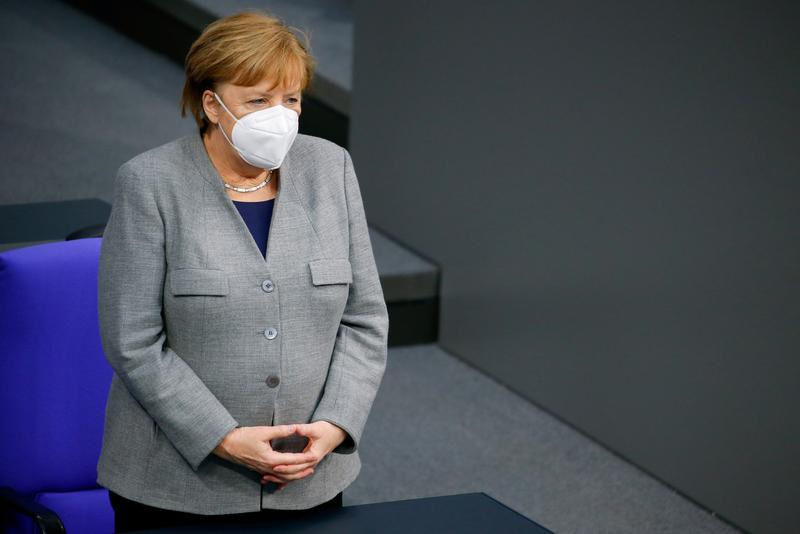 German Chancellor Angela Merkel is set to agree with regional leaders to extend a lockdown for most shops and schools until mid-February as part of a package of steps to try to rein in the coronavirus, sources said before talks on Tuesday.

New infections have been decreasing in recent days and pressure on intensive care units has eased slightly, but virologists are worried about the possible spread of more infectious variants of the virus.

“It is likely that we will agree on a two-week extension,” said one person involved in the talks, confirming a report in Bild daily. The existing lockdown runs until Jan. 31.

The federal government has proposed that people are obliged to wear medical masks on public transport and in shops and that aid for companies should be improved due to the extension, a draft of the resolution to be discussed showed.

The federal government would also create a working group to draw up a blueprint for a safe and fair opening strategy, said the draft.

“The infection numbers have been going down for several weeks or stagnating and that’s good. Now we are facing a very aggressive mutation that we have to respond to,” Berlin Mayor Michael Mueller told German television.

He said one focus would be boosting homeworking.

“There is much more room for manoeuvre,” said Mueller, adding states aimed to get employees to have to justify why employees had to come to work.

Leaders would also discuss curfews, already in place in some states, but it was unlikely they would be imposed everywhere, he said.

The number of confirmed coronavirus cases had risen by 11,369 to 2.05 million, the Robert Koch Institute (RKI) for infectious diseases showed on Tuesday. The death toll was up 989 at 47,622.