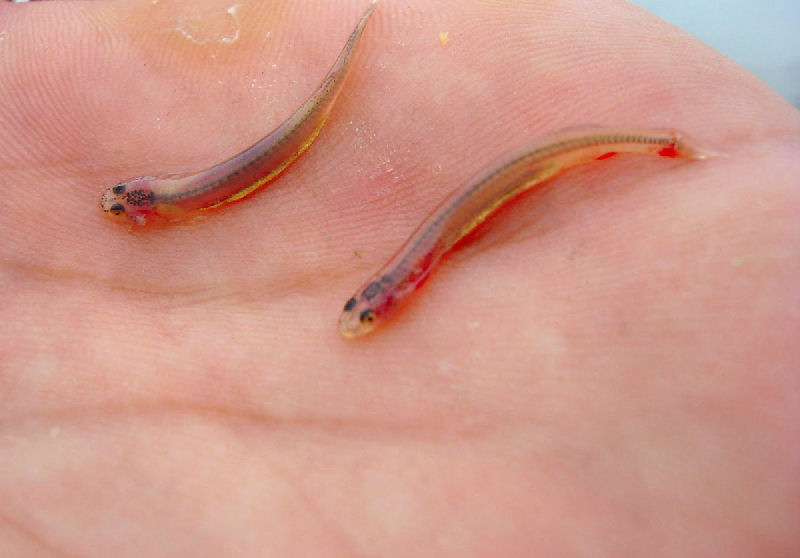 Among the many legends of strange, dangerous creatures that haunt the Amazon, the story of the Candiru fish stands out. The Candiru fish Vandellia cirrhosa is a small catfish purported to enter the, ahem, intimate orifices of unfortunate people who urinate into Amazonian waterways.

The definition of candiru differs between authors. The word has been used to refer to only Vandellia cirrhosa, the entire genus Vandellia, the subfamily Vandelliinae, or even the two subfamilies Vandelliinae and Stegophilinae.

Supposedly, the fish mistakes urine for water expelled from the gills of marine life. To the extreme agony of the unlucky person, the Candiru swims up… into their genitals. Spines on its head make it very difficult to extract. Amputation is sometimes the only course of action that can be taken.

“Throughout the Amazon valley for more than a hundred years, the tale has been told of a fish that has the uncanny habit of penetrating the urethra of men and women bathers, particularly if they should pass urine while in the water.”

So begins a paper published in 1930 in the American Journal of Surgery by Eugene Willis Gudger. While this piece stands as a veritable candiru Bible, collecting and analyzing accounts from as early as 1829, it mostly deals with with speculation, hysteria and urban legend.

Despite their vampire-like feeding habits, these parasites are insignificant in the vast, muddy depths of the Amazon. Were it not for their fame as man-eaters, they would undoubtedly have sunk into obscurity in some Brazilian taxonomist’s bottom drawer.

Although some candiru species have been known to grow to a size of 40 centimeters (16 in) in length, others are considerably smaller. These smaller species are known for an alleged tendency to invade and parasitize the human urethra; however, despite ethnological reports dating back to the late 19th century, the first documented case of the removal of a candiru from a human urethra did not occur until 1997, and even that incident has remained a matter of controversy.

Candirus (Vandellia) inhabit the Amazon and Orinoco basins of lowland Amazonia, where they constitute part of the Neotropical fish fauna. Candirus are hematophagous and parasitize the gills of larger Amazonian fishes, especially catfish of the family Pimelodidae (Siluriformes).