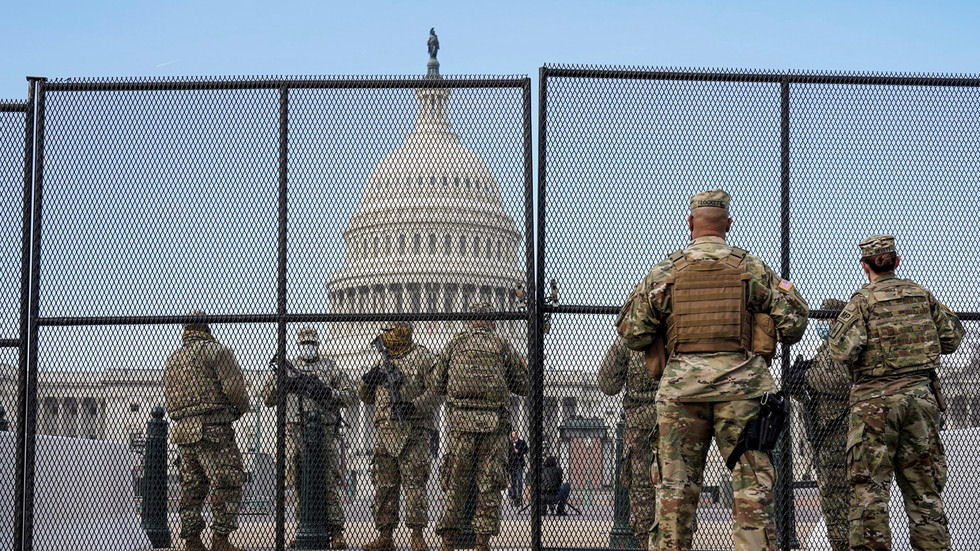 3.8kViews
1921 Shares
Peter Meijer (R-Michigan) says he and other Republicans fear for their lives after voting in favor of impeaching President Donald Trump.

“Many of us are altering our routines, working to get body armor, which is a reimbursable purchase that we can make,” Meijer told MSNBC in a Thursday interview.

Meijer was one of 10 Republicans to break from their party and join Democrats in voting for Trump’s impeachment, which now faces an uncertain future as the Senate reconvenes on January 19, a day ahead of Joe Biden’s inauguration, meaning if it moves forward, the impeachment trial would occur during Biden’s first days in office.

“It’s sad that we have to get to that point,” Meijer said of the added precautions being taken in light of the US Capitol siege last week. “But our expectation is that someone may try to kill us.”

“Our expectation is that someone may try to kill us”: Freshman GOP @RepMeijer, who voted to impeach Trump, says fellow lawmakers are taking safety precautions after getting death threats following last week’s attack at the Capitol. pic.twitter.com/5qHFyttDLn

“Obviously we saw what happened January 6 and the fact that there are 20,000 national guardsmen in D.C. right now, there’s a feeling that there’s no control here and we don’t know what’s going to happen next,” the Republican added.

Meijer, a freshman congressman who succeeded Justin Amash, himself a conservative Trump critic who switched to the Libertarian Party earlier this year, was praised by liberals for his vote.

These members are courageous defenders of the constitution:

The Republican congressman called his decision a “vote of conscience.”

This is not the first time Meijer has claimed, without presenting any real threats, that Republicans who turn on Trump could be in danger. He previously claimed in an interview with Reason that colleagues felt a vote to certify the election in Biden’s favor would “put their families in danger.”

Meijer is the latest lawmaker to claim fears for his safety in light of the US Capitol riot. Rep. Alexandria Ocasio-Cortez (D-New York) said in an Instagram post this week that she was even scared to isolate with some “white supremacist” lawmakers when the storming of the Capitol was happening, fearing they could turn her over to the rioters.