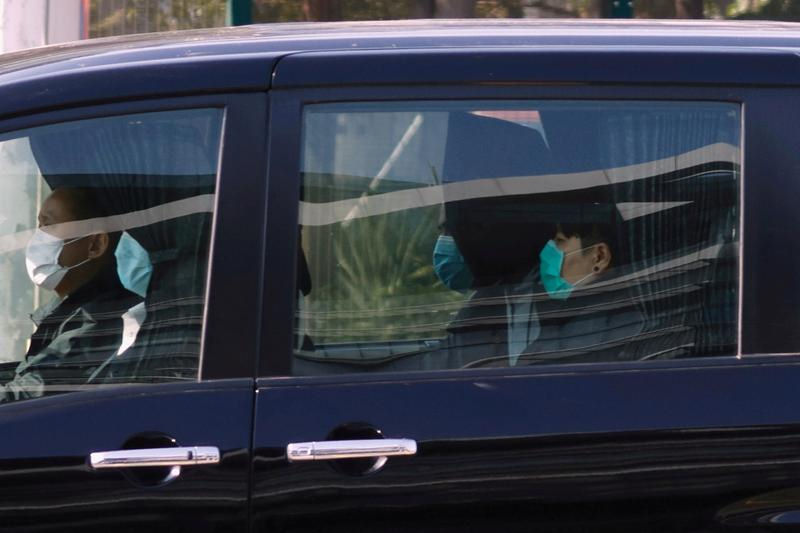 Hong Kong police have arrested 11 people over suspected crimes related to assisting a group of 12 pro-democracy activists accused of trying to flee the city by boat for Taiwan last year, police and activists said on Thursday.

Daniel Wong, a lawyer who tried to help the 12 people detained in mainland China last August, was among those arrested according to a post on his Facebook page, which stated that police arrived at his apartment at 6 a.m. local time.

Police said those arrested were being held for further questioning.

Self-ruled Taiwan has become a popular destination for Hong Kong pro-democracy activists since China imposed a national security law in June 2020, a move critics say is aimed at stamping out dissent and curbing freedoms.

Britain returned Hong Kong to Chinese rule in 1997 with the guarantee of freedoms not seen on the mainland, including freedom of speech and assembly. Democracy activists complain that Communist Party rulers in China are now whittling away at those freedoms, a charge Beijing rejects.

Wong, a Hong Kong-based rights lawyer, is leading an initiative to set up at least 10 companies, ranging from a laundry service to a restaurant in Taiwan, to give protesters much-needed residency on the self-ruled island via work visas.

Local media said those arrested were suspected of assisting the 12 Hong Kong residents – who faced charges related to anti-government protests in the Asian financial hub in 2019 – in their attempt to flee last year.

In late December, a Chinese court sentenced 10 of them to between seven months and three years in prison for illegally crossing the border. The case drew international attention and concern over the treatment of the activists in mainland custody.

Two of them, who were minors at the time of arrest, have been returned to Hong Kong.

The detainees’ families said they had been denied access to independent lawyers and aired suspicions that Hong Kong authorities helped mainland authorities with the arrests.

More than 100 people have now been arrested under the seven-month-old national security law.

The United States and European Union have called for the activists to be released and allowed to return to Hong Kong.

Greece seeks to send 1,450 migrants back to Turkey