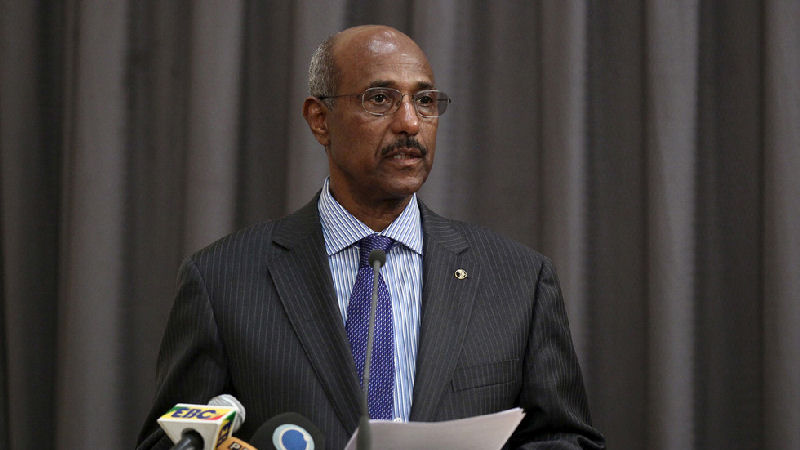 8.8kViews
1785 Shares
Former foreign minister of Ethiopia Seyoum Mesfin was among the three leaders killed by government forces in the ongoing crackdown on the northern region of Tigray, which the authorities in Addis Ababa accused of insurrection.

Seyoum, Abay Tsehaye, Asmelash Woldeselassie and Colonel Kiros Hagos were killed “in fire exchanges undertaken with the criminal clique’s personal security” after refusing to surrender to the Ethiopian military, the government’s crisis center tweeted on Wednesday.

Five “key” officers of the Tigray People’s Liberation Front (TPLF) were captured in the same operation, the government said.

Over the weekend, the government of Prime Minister Abiy Ahmed said it had killed 15 members of the TPLF and captured eight more, while one of the party’s founders, Sebhat Nega, was reportedly captured last week.

Seyoum was the first foreign minister of federal Ethiopia, following the 1991 overthrow of Mengistu Haile Mariam’s military dictatorship. He left the post in 2010 to serve as Ethiopia’s ambassador to China.

The TPLF had declared Abiy’s government illegitimate after he postponed the elections in June 2020, citing coronavirus concerns.

After months of tensions, Abiy launched the military operation to “liberate” Tigray in early November 2020, declaring a six-month state of emergency that gave him extensive powers to crack down on “illegal activities that threaten the constitutional order.” He accused the regional government of attacking an army base, which the TPLF denied.

By November 23, Abiy’s government said that its forces had surrounded the regional capital of Mekelle with troops and tanks, and given the “rebels” 72 hours to surrender. Anyone who chose to remain in the city after the deadline expires would be shown “no mercy,” military leaders told local media.

Meanwhile, the PM tweeted that the “safety and well-being of the people of Tigray is of paramount importance to the Federal government,” which will “do all that is necessary to ensure stability prevails” and that “our citizens are free from harm and want.”

Outside media, humanitarian organizations or outside observers have not been allowed into the region, and phone and internet lines have been down for months now.

The Tigrayans had refused to cooperate with the central government since 2018, when Abiy – an intelligence officer and an ethnic Oromo from central Ethiopia – became prime minister. They claimed the new government was singling them out for political persecution and purges.

The TPLF was one of the major factions in the Ethiopian People’s Revolutionary Democratic Front (EPRDF), which overthrew Mengistu. Its leader, Meles Zenawi, was Ethiopia’s first president and then PM, ruling until his death in 2012.