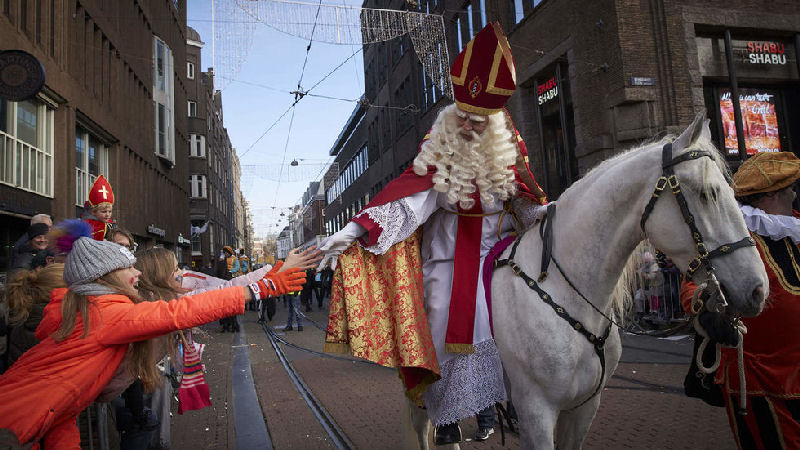 8.7kViews
1668 Shares
Almost 160 people linked to a care home in Belgium may have been infected with Covid-19, with 18 succumbing to the disease, after a “stupid” visit by a volunteer dressed as Santa Claus, who turned out to be a carrier.

The tragedy struck Hemelrijck, a large assisted-living facility in the Mol municipality, which serves as a home to 169 elderly residents. The virus spread through it like wildfire, affecting 121 residents and 36 staff and claiming 18 lives in three weeks. A lot of anger has been directed at the management of the care home, who were accused of misleading the public in an effort to contain the scandal.

The death toll continues to grow in the Hemelrijck nursing home in Mol, a town 50 km east of Antwerp in Belgium, following the visit of a Saint Nicholas positive with coronavirus. https://t.co/zdJSgW7i61

The suspected culprit is the son of one of the residents, who frequently volunteered at Hemelrijck and was a trusted person there. On December 4, he came to spread seasonal cheer, dressed as St. Nicolas, spending time in various common areas of the facility and mingling with the elderly people there. Three days later, the man, who lives in the neighboring Balen municipality, developed symptoms of Covid-19 and subsequently tested positive.

As the local authorities rushed to contain the outbreak and quarantine those affected, Mol Mayor Wim Caeyers assured the public that, even though the visit had not been coordinated with the Covid-19 response authorities, guidelines on how to mitigate risks had been followed.

However, this soon turned out not to be true. Photos from the event clearly showed St. Nicholas and another volunteer dressed as Black Pete – a traditional Christmas character in Belgium – standing close to residents, some of whom weren’t wearing face masks. The mayor blamed those in charge of Hemelrijck for misleading him, but gave them the benefit of the doubt.

“We realize that the management organized this with the best of intentions and did try to respect the measures,” the mayor said, adding that there would clearly have been better options when it came to how to mark Christmas. “But what’s done is done,” he concluded.

Playing fast and loose with the facts and failing to communicate properly are not the only reasons people are angry with the nursing home’s management, however. The man’s visit came at a time when regular visits from family members of residents were banned due to the Covid-19 threat, and many questioned the privileged treatment accorded him.

The volunteer received an extra share of the grief after angry people took to social media to harass him. The council of the municipality where he lives has called a halt to the public shaming, saying the man was very upset at the situation and that some of the comments he was receiving amounted to intimidation. “The council is clear in this: bullying, in whatever form, cannot and should not happen,” the statement said.

Marc Van Ranst, of the KU Leuven university, one of Belgium’s top virologists, said the outbreak seemed too large-scale even for a superspreader event, though evidence points to a single source. Laboratory tests identified four different strains of the SARS-CoV-2 virus at the care home, but the majority of infections came from just one of them, the same that afflicted the unfortunate man.

Van Ranst said that, while the visit was clearly a “stupid idea,” the man may even have been infected by a resident or a staff member while volunteering at the care home on an earlier occasion. If anything, the case stresses how crucial proper ventilation is to reduce viral load, he added.

With so many workers affected by the virus, there is now a shortage of people who can provide care to Hemelrijck residents. The mayor has asked the Red Cross and the military to deploy helpers, and has also asked for assistance from the leadership of the Antwerp province, where Mol is located.

The Covid-19 situation is relatively under control in Belgium at the moment, after a peak of detected infections was passed in late October. But the small nation’s 19,158 recorded deaths position it among the world’s worst in terms of fatalities per capita. Its vaccination campaign launches this week.

Europe rolls out vaccines to see off pandemic