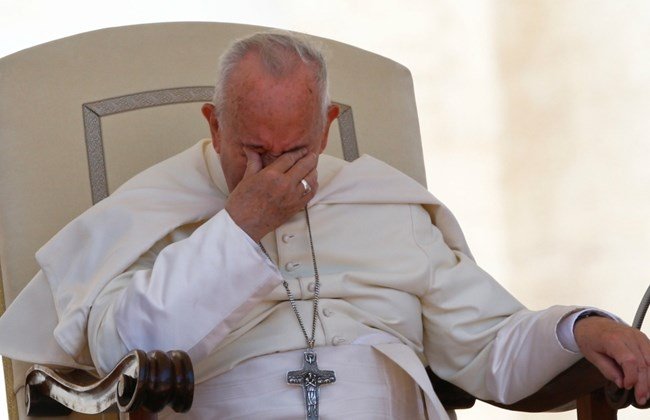 8.3kViews
1292 Shares
Amid yet another ‘racy thumbs-up’ scandal, a Brazilian bikini model said that a ‘like’ from Pope Francis’ Instagram account last month not only boosted her following and profits, but also inspired her to post humbler photos.

There was a massive scandal after the official Instagram account of the head of the Catholic Church appreciated a ‘sexy cheerleader’ picture of Natalia Garibotto in late November. The news made international headlines and triggered an investigation in the Vatican.

Yet apparently she was not the only one to receive some divine appreciation, as model Margot Foxx, active on the OnlyFans subscription platform, also posted a screenshot back in November showing a like from the same page under her photo in a tight black swimsuit. Her story, however, only went viral this Christmas week, when she reposted it while saying “the Pope liked my picture that means I’m going to heaven.”

As the new scandal hit the headlines, the original favorite of the Pope’s account, Garibotto, described how her own life has changed over the past month. The Brazilian – who described herself as a religious person and frequent churchgoer – confessed to the New York Post’s Page Six that the sudden “divine intervention” was a “big deal” that left her “shocked.”

The hype also turned out to be pretty good for business. “I make money off Instagram,” she explained, adding that the attention from the pontiff’s account gave her “more leverage” on brands in advertising deals as well as 600,000 extra followers.

The 27-year-old, who isn’t shy of showing off her ample curves, usually takes bikini photoshoots – but the influx of more religious, Pope-loving viewers gave her “confidence to post more in clothes and make deals in fashion.”

It is highly unlikely, though, that her picture, or the post by Margot Foxx, were ‘liked’ by Francis himself. Following the first blunder, the Vatican said that “we can exclude that the ‘like’ came from the Holy See.” The Pope’s representatives explained that his account is being managed by a team of social media experts, one of whom probably made a “mistake.”