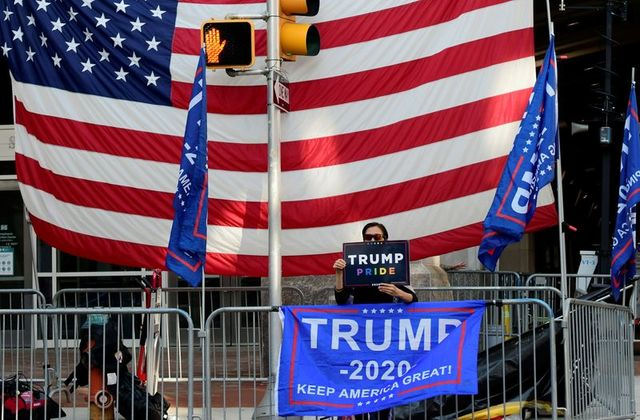 Officials in the election battleground state of Pennsylvania on Thursday asked a federal judge to dismiss a lawsuit brought by U.S. President Donald Trump’s campaign seeking to prevent the state from certifying its results in the vote for president.

In court filings in the U.S. District Court for the Middle District of Pennsylvania, lawyers for the Pennsylvania secretary of state and seven counties of the state said the case made vague and unsupported allegations.

“This lawsuit is meritless on its face and claims fraud without the requisite particularity,” lawyers for two counties said in a court filing.

The officials said they “administered a proper, fair, and secure election” and would vigorously defend the case.

President-elect Joe Biden won the majority of the vote in all seven of Pennsylvania’s counties cited in the lawsuit and is up more than 53,000 votes with an estimated 97% of ballots counted.

Trump’s campaign has said the “Democrat-majority counties” did not provide partisan election observers an opportunity to assess the processing of mail-in ballots, placed the observers too far from the tabulation of votes and allowed mail-in voters whose ballots were deficient to cast provisional ballots in what they say was a flouting of the state’s electoral rules.

Democrat Joe Biden clinched the election on Saturday, after media networks and Edison Research called him as the winner of Pennsylvania, putting him over the 270 electoral votes needed to win.

But Trump has refused to concede and has repeatedly and without evidence claimed there was widespread voter fraud. His campaign has filed a string of long-shot lawsuits in several battleground states.

Legal experts say the lawsuits have little chance of changing the outcome of the election. A senior Biden legal adviser has dismissed the litigation as “theatrics, not really lawsuits.”

Pennsylvania is due to certify the election results on Nov. 23.

Trump’s final Fed picks may get Senate nod next week