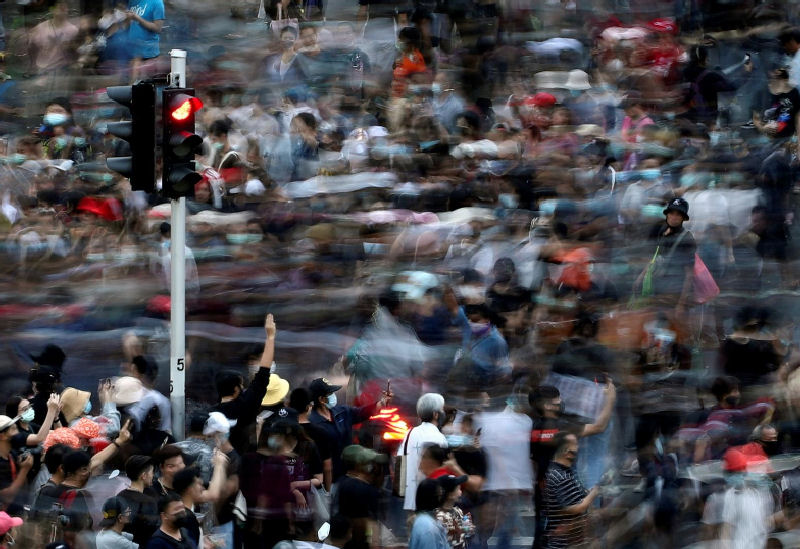 Thai police fired water cannon on Sunday at thousands of protesters who marched towards royal offices to deliver a demand for reform of the monarchy for King Maha Vajiralongkorn, witnesses said.

The protesters were blocked at a barricade of buses and barbed wire as they tried to march from Democracy Monument towards the Royal Household Bureau. Police fired water cannon to try to stop them, but some managed to get through to the area known as Sanam Luang, next to the Grand Palace.