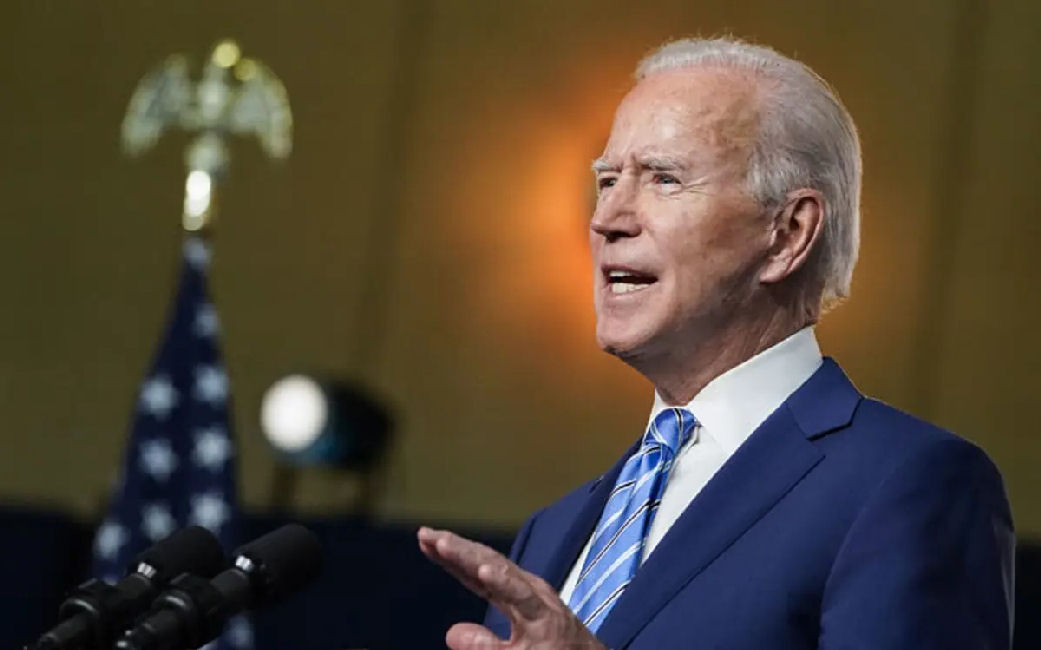 Biden’s pledge, in his first national address since defeating Trump, followed three days of record infections in the United States and came as the nation’s death toll surpassed 237,000.

In France, where a dramatic increase in infections has heaped pressure on hospitals, 306 new confirmed fatalities took the national death toll above 40,000.

The United States has long been the worst-hit nation.

Critics of Trump have blamed this on his chaotic response, which has seen him discredit the top U.S. infectious disease expert, discourage face masks and speak at crowded campaign rallies.

At Biden’s victory event, which took into account social-distancing guidelines, the president-elect announced top scientists would be appointed to his coronavirus task force on Monday.

“On Monday I will name a group of leading scientists and experts as transition advisors to help take the Biden-Harris plan and convert it into an actual blueprint that will start on January 20, 2021,” Biden told supporters.

Earlier in the day, he had emphasised the urgency he placed on beating the pandemic.

“I want everyone, everyone, to know on day one we’re going to put our plan to control this virus into action,” Biden said before he had been declared the winner.

Unlike Biden, Trump held massive campaign rallies ahead of the Nov. 3 vote, insisting the U.S. was “rounding the turn” despite the virus surges.

Trump campaigned after contracting the virus himself.

Global infections have surged past 49 million, with Europe in recent weeks becoming the new pandemic epicentre.

Under the new measures in Greece, people can only leave home if they make a mobile phone request and receive authorisation.

Essential shops can stay open, including supermarkets and pharmacies.

Hairdressers have also been allowed to stay open, but just for two more days, and they were booked out.

“I want to have my hair done so that what I see in the mirror every morning during lockdown won’t cause me sadness,” said Petrina, ahead of her Sunday appointment.

The measures follow the imposition of tough restrictions in Italy, France, Ireland and Britain, while Germany and other nations have also imposed new measures.

Britain on Saturday banned entry to all non-resident foreigners coming from Denmark after a mutated version of the coronavirus linked to mink farms was found in humans.

But demonstrators, few of whom wore masks, protested against new restrictions in the eastern German city of Leipzig.

Organizers put the turnout at 20,000 while police said some attacked them after being told to disperse.

“I simply see the collateral damage that these measures cause: the isolation of people, the bankruptcy that threatens them,” protester Robert Koehn, 39, told AFP.

Fellow protester Anne, 65, said that “for me there is no virus, they cite the coronavirus crisis as a motive, but there are other things behind this”.

Demonstrators and the police have also clashed in parts of Italy and the Czech Republic in recent weeks.

In the mainly Catholic Philippines, home to the world’s longest Christmas festivities that start in September, people were trying to get into the festive spirit despite public gatherings being banned and night-time curfews imposed.

“With or without COVID we have to celebrate Christmas whatever it takes, this is a Filipino tradition,” said Cecilia Moore, wearing a mandatory mask as she paid 2,500 pesos (US$52) for festive lights to decorate her home.

Trump’s final Fed picks may get Senate nod next week