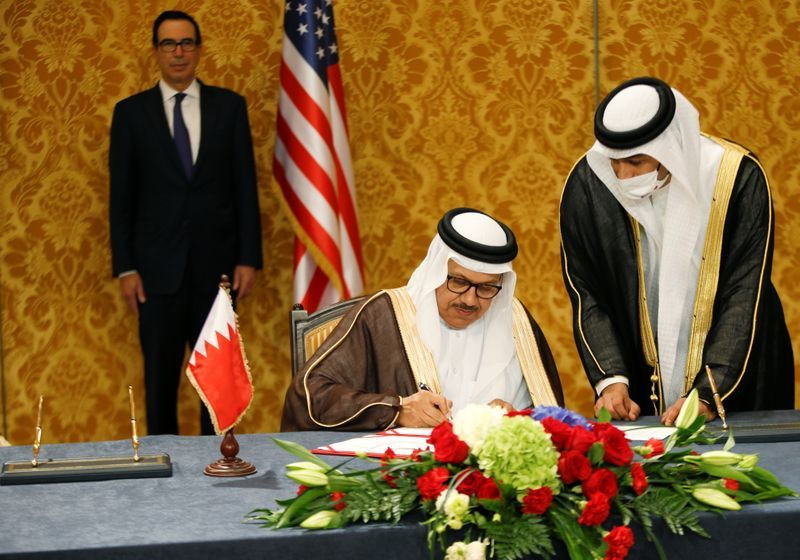 Bahrain and Israel signed a joint communique to formalize nascent ties during a visit by an Israeli and U.S. delegation to Manama on Sunday to broaden cooperation that Washington has promoted as an anti-Iran bulwark and potential economic bonanza.

Bahrain followed the United Arab Emirates in agreeing last month to normalize ties with Israel, stunning Palestinians who had demanded statehood before any such regional rapprochement.

The breakthrough, overseen by U.S. President Donald Trump, is a foreign policy flourish ahead of his bid for re-election next month. For the U.S. allies, it is a chance to close ranks on Iran more overtly.