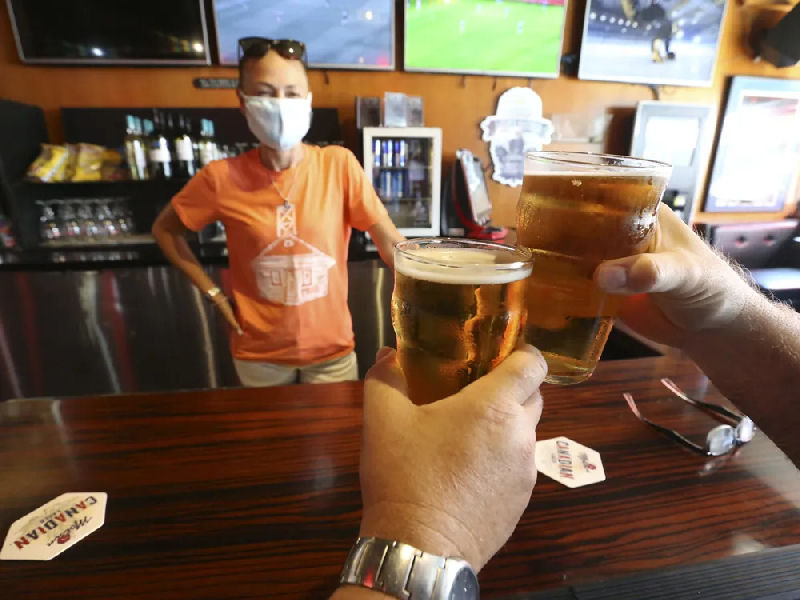 Canadian hospitality businesses, already reeling from the downturn sparked by the coronavirus pandemic, are facing yet another existential threat as insurance companies spike premiums or exit the space, citing losses and the sector’s risks.

Even before COVID-19, insurers globally were scaling back from riskier businesses to improve performance. The pandemic’s profit hits have accelerated the trend and led underwriters to exit from, or raise premiums in, select categories.

Many hospitality companies were already operating on razor-thin margins before pandemic-driven lockdowns. An inability to access affordable insurance could spell the end for them, given they are barely managing to hang on amid distancing restrictions.

While these businesses carry the same risks as elsewhere, the Canadian hospitality industry has faced a bigger hit due to a much smaller insurance market dominated by Lloyd’s syndicates, Ritchie said. Far more domestic insurers cover the space in countries like the United States, spreading out risk, she said.

Lloyd’s is a marketplace that comprises various specialist insurers, or syndicates, who write policies.

Lloyd’s business volumes fell 8.6% in the first half of 2020, reflecting an intentional reduction by several syndicates exposed to poorly performing business segments, the group said in a statement here.

Erik Joyal, co-owner of Ascari Hospitality Group in Toronto, was told last month that his Hi-Lo Bar’s policy would not be renewed as his insurer, part of Lloyd’s, was moving away from restaurants and bars.

His broker found a policy through another insurer at more than three times his current C$9,000 annual premium, even though the restaurant had never filed a claim.

“I would close the business before I signed on to that,” said Joyal, who is continuing to search for an affordable policy.

Insurers, like other businesses, need profits, said Pete Karageorgos, director of consumer and industry relations at the Insurance Bureau of Canada.

And there is still capacity and affordable coverage available for businesses that can show measures to minimize risks, he added.

Arron Barberian said his Harry’s Steak House in Toronto was dropped by his insurance company, Groupone Insurance Services, although he paid premiums when the business was shut.

Intact’s underwriting criteria for restaurants haven’t changed, and it continues to renew policies and write new ones, a spokeswoman said by email.

A Nova Scotia hotel owner, who said he was quoted a 50% increase in premiums to renew his policy, also found more affordable coverage through Intact.

Even so, the owner, who declined to be identified as he is negotiating the return of some premiums paid during the shut-down, said he is bracing for thousands of dollars in additional expenses, as a change in insurers is accompanied by an inspection and, often, demands for changes.

His previous insurer, Wawanesa Insurance, attributed the premium increase to higher fire and storm-related losses even before the pandemic.

Despite limited ability to operate, “many bars and restaurants here still had contractual obligations and real risk that needed to be insured and insurance had to be maintained,” said Andrew Clark, chief executive of mortgage broker ALIGNED Insurance.

“The unfortunate reality is that the insurance companies aren’t willing to insure some businesses right now and they don’t really have many other options than to close,” Clark said.