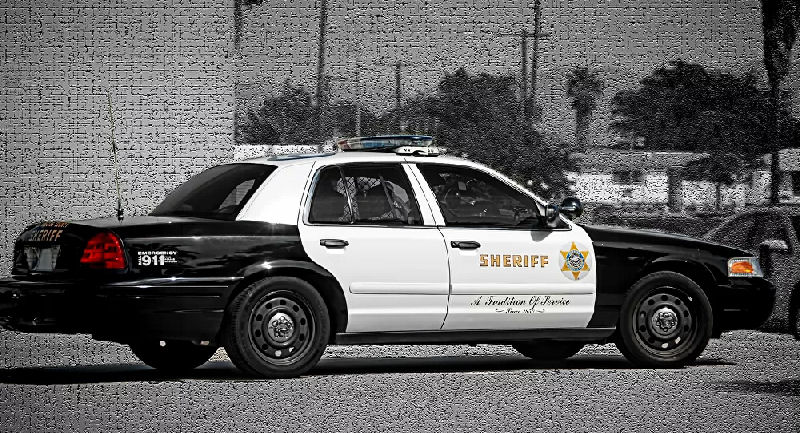 Two Los Angeles County Sheriff’s deputies were shot multiple times as they sat in their patrol car in the Compton district on Saturday night, and were hospitalised in a critical condition. The unidentified suspect, captured on CCTV footage, is still at large.

Protesters have blockaded a Los Angeles hospital where two critically injured sheriff’s deputies were admitted, chanting: “We hope they die.”

One witness told ABC7 news that demonstrators even tried to force their way into the St Francis Medical Center in Lynwood on Saturday night.

The LA County Sheriff’s office said two people were arrested at the protest, including a female journalist who they claimed ran towards officers and did not identify herself as a member of the press. They were detained under section 148 of the California penal code, which governs resisting arrest and obstructing police and emergency workers in the line of duty.

In a series of tweets, sheriff’s office ordered protesters to cease blocking emergency entrance and exit routes at the hospital, stressing that “People’s lives are at stake when ambulances can’t get through.”

To the protesters blocking the entrance & exit of the HOSPITAL EMERGENCY ROOM yelling “We hope they die” referring to 2 LA Sheriff’s ambushed today in #Compton: DO NOT BLOCK EMERGENCY ENTRIES & EXITS TO THE HOSPITAL. People’s lives are at stake when ambulances can’t get through.

After deputies issued a dispersal order for the unlawful assembly of a group of protesters blocking the hospital emergency entrance & exits, a male adult protester refused to comply & cooperate…

(2/3) During his arrest, a struggle ensued at which time a female adult ran towards the deputies, ignored repeated commands to stay back as they struggled with the male and interfered with the arrest…

(3/3) The female adult, who was later identified as a member of the press, did not identify herself as press and later admitted she did not have proper press credentials on her person. Both individuals have been arrested for 148 P.C.

The journalist was later identified as Josie Huang, a reporter for KPCC radio, by colleague Frank Stoltze who tweeted: “This kind of treatment of a respected LA journalist is disturbing.”

Los Angeleno magazine senior editor Tony Pierce claimed video of the arrest showed Huang was wearing her press pass on a lanyard around her neck.

The journalist was later identified as Josie Huang, a reporter for KPCC radio, by colleague Frank Stoltze who tweeted: “This kind of treatment of a respected LA journalist is disturbing.”

Los Angeleno magazine senior editor Tony Pierce claimed video of the arrest showed Huang was wearing her press pass on a lanyard around her neck.

The two sheriff’s deputies, identified only as a man and woman, were shot on Saturday evening in the Compton district of Los Angeles as the sat in their patrol car, each suffering multiple gunshot wounds. The suspect is still at large.

The incident happened outside the Metro Blue Line station at Willowbrook Avenue and Compton Boulevard, which the deputies were keeping watch over. A video released by the Sheriff’s department showed the moment of the shooting.

“That was a cowardly act,” said LA Sheriff Alex Villanueva. “The two deputies were doing their job, minding their own business, watching out for the safety of the people on the train.”

“To see somebody just walk up and start shooting on them. It pisses me off. It dismays me at the same time. There’s no pretty way to say it.”The department tweeted that the two officers were “fighting for their lives, so please keep them in your thoughts and prayers.”

Compton Mayor Aja Brown said in an Instagram statement: “I am devastated to learn of the tragedy that occurred in our city tonight. Both deputies and their families will remain in our prayers.”

President Donald Trump called criminals like the suspect responsible “animals that must be hit hard” and said that if the victims died, there should be a “fast trial death penalty for the killer.”

Compton has been the scene of Black Lives Matter protests in recent weeks following the August 31 fatal shooting of black man Dijon Kizzee by sheriff’s deputies.