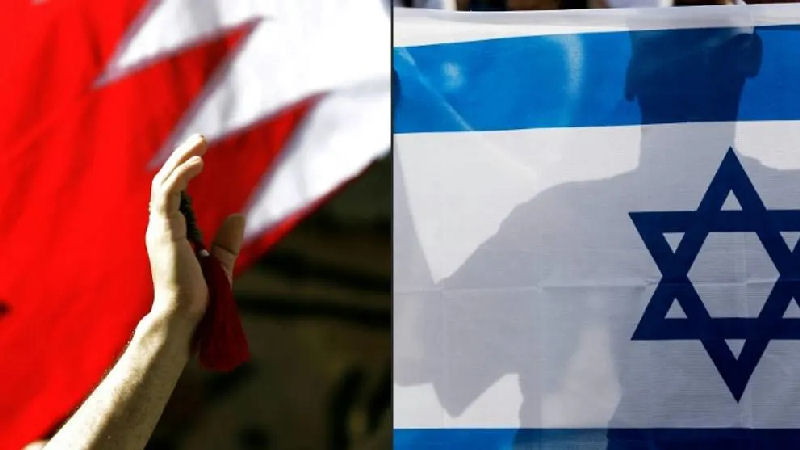 Bahraini opposition groups have said they reject a decision by the Gulf state to normalise relations with Israel, with a leading Shi’ite cleric on Sunday calling on the people of the region to resist.

Cleric Ayatollah Sheikh Isa Qassim, living in Iran, said he was against normalisation between Arab countries and Israel, in a statement published by dissolved Bahraini opposition party al-Wefaq, a group close to Qassim.

“There is a great divergence between the rulers and the ruled in thought, mind, aims and interests. Governments are experiencing a psychological defeat and want to impose it on the people, and the people have to resist this defeat,” Qassim said.

A group of Bahraini political and civil society associations, including the Bahrain Bar Association, on Sunday voiced their opposition to the deal in a joint statement.

“What results from normalisation will not enjoy popular backing, in line with what generations of Bahrainis have been brought up on in terms of adherence to the Palestinian cause,” the statement said.

Bahrain’s foreign minister said that Palestinian rights remained a priority for the kingdom.

Bahrainis have previously criticized their government’s engagements with Israel, including last June’s conference in Manama to launch a U.S.-led $50 billion economic formula for Israeli-Palestinian peace.

Bahrain has had a Jewish population for decades, although emigration means it is small today.

A television period drama released this year by a Gulf network about the trials of a Jewish midwife in a multi-religious community took inspiration from real-life Jewish midwife Umm Jan who lived in Bahrain.

Ebrahim Noonoo, the head of Bahrain’s Jewish community, said the agreement would enable Israelis to come to Bahrain to visit its synagogue and cemetery, where family members may be buried.

“With this understanding comes new and open ideas that help us in finding solutions for any problems between Jews and Muslims,” he said.

Bahraini worker Ali Abdallah said he hoped the deal would help regional peace and stability and would facilitate all Muslims being able to pray at Jerusalem’s Al-Aqsa mosque.