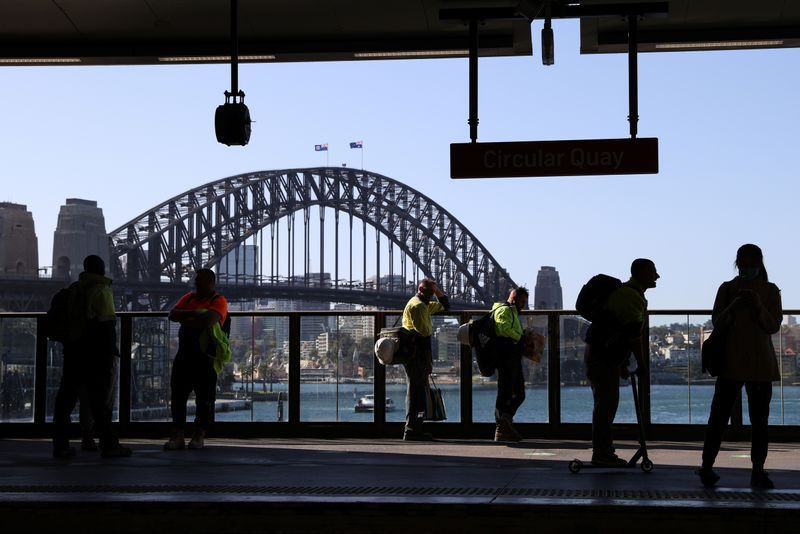 Protesters in Melbourne defied a coronavirus lockdown for the second straight weekend on Saturday, prompting 14 arrests and 51 infringement notices for breaching public health orders, as new infections in the Australian hotspot continued to fall.

Around 100 people protested in various locations in Melbourne, Victoria Police said, after about 200 people gathered the weekend before.

“Despite all the warnings, it was disappointing to see individuals turn out to protest in the city today, putting the lives of Victorians at risk,” the police said in an e-mailed statement.

New coronavirus infections cases in Victoria, the country’s second-most populous state, continued to fall from a peak of more than 700 in a single day in early August. It reported 37 new cases on Saturday, its lowest since late June.

It also reported six new deaths related to the coronavirus over the past 24 hours, bringing its total to 716, or more than 90% of the 803 deaths in Australia.

The state, home to one-quarter of Australia’s 25 million people, now accounts for about 75% of the country’s more than 26,500 COVID-19 cases. Its capital, Melbourne, has been under a strict lockdown for weeks.

The lockdown, which was initially to end on Sunday, has been extended for another two weeks.

“You can only keep numbers low if you first drive them down to very low levels,” Victoria Premier Daniel Andrews told a televised news briefing. “That is exactly what is happening and that is good news. It is challenging out there and I know it is difficult, but the strategy is working.”

Neighboring New South Wales, Australia’s most populous state, reported six new cases. Three cases were reported in Queensland, but the virus has been effectively eliminated in other states and territories.

Australia has fared better than many other countries in managing the health crisis and a subsequent economic slump, thanks to swift measures and substantial government financial support.