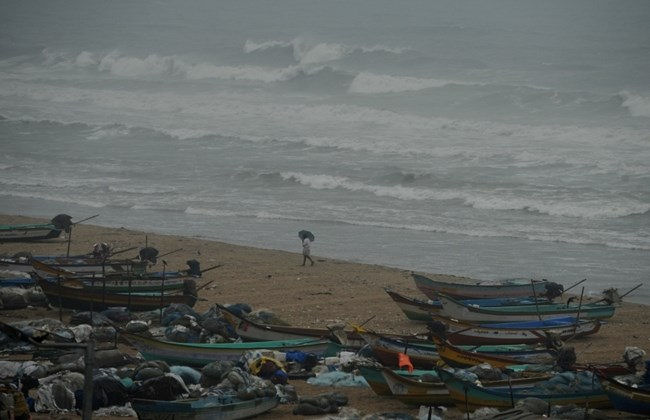 Almost 700 tonnes of ammonium nitrate, the substance that caused the mega-explosion in Lebanon, has been stuck in an Indian port since 2015, officials confirmed.

At least 153 people died and more than 5,000 were injured when 2,750 tonnes of ammonium nitrate languishing for years in Beirut’s port caused a colossal blast.

Indian authorities afterwards ordered a review of all potentially hazardous materials in its ports and were alerted to 690 tonnes of ammonium nitrate in Chennai in southern India.

Thirty-seven containers of the compound were imported from South Korea in 2015 by an Indian firm for use in fertilizers but were seized after the substance was found to be explosives-grade.

The local customs department Thursday sought to allay concerns, saying that the chemicals posed no danger and that an auction process to sell it off was under way.

“The seized chemical is securely stored and the safety of the cargo and public is ensured considering the hazardous nature of the substance,” a statement said.

Ammonium nitrate is an odourless crystalline salt that has been the cause of numerous industrial explosions over the decades.

When combined with fuel oils, it creates a potent explosive widely used in the construction industry, but also in homemade bombs such as those used in the 1995 Oklahoma City attack.

Many European Union nations require ammonium nitrate to be mixed with calcium carbonate to make a safer compound.

Industrial disasters are common in India. In May, styrene gas leaked from a factory in southern India, killing 15 people.

In 1984, toxic methyl isocyanate leaked from a pesticide factory in Bhopal, killing 3,500 people — and thousands more in the years afterwards — in one of the worst industrial disasters in history.