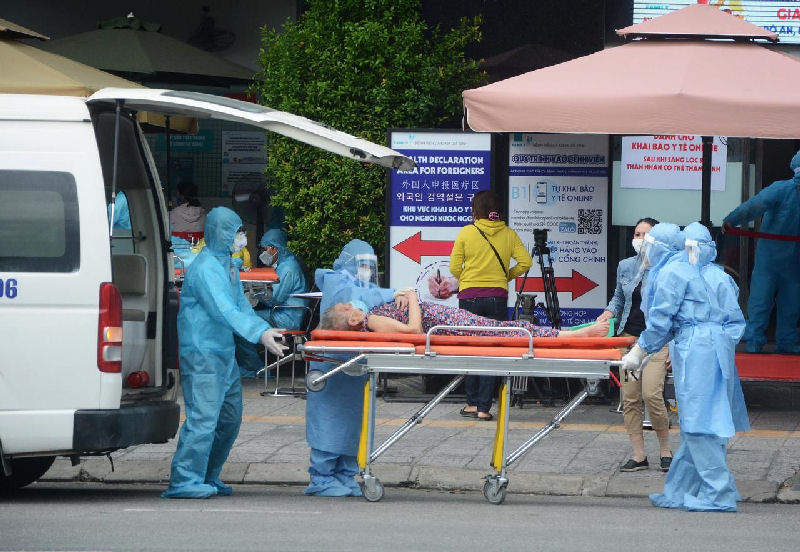 A new coronavirus outbreak in Vietnam spread to two more provinces on Wednesday, the country’s health minister said, as the COVID-19 task force declared the contagion “under control” in the central city where the outbreak began.

Aggressive contact-tracing, targeted testing and strict quarantining had helped Vietnam contain earlier outbreaks, but it is now battling infections in at least 10 cities and provinces, after going more than three months without domestic transmission.

The new outbreak was first reported on July 25 in the tourist resort city of Danang and has spread to major urban centres like Hanoi and Ho Chi Minh City, which have since closed entertainment venues, restricted gatherings and tested tens of thousands of people.

Health Minister Nguyen Thanh Long told state media on Wednesday the outbreak had expanded to the provinces of Bac Giang near Hanoi and Lang Son, bordering China, both linked to the Danang infections.

State media and government officials have made strong statements against illegal immigration since the new outbreak, but no official links have been made.

The outbreak in Danang, currently under lockdown alongside Quang Nam province, was “under control”, the government’s COVID-19 steering committee said late Tuesday.

The source of the Danang outbreak remains unclear.

All but six of its cases have been traced to three of the city’s hospitals, the committee said, and the six had not infected anyone else.

“The second wave of the pandemic may be happening elsewhere in the world, but we are determined to not let that happen in Vietnam,” committee head Vu Duc Dam said in the statement, which predicted more cases and deaths ahead.

“We do not intend to repeat the story of a widespread, national lockdown either. If everything is done well, we are confident we can fight the disease”.