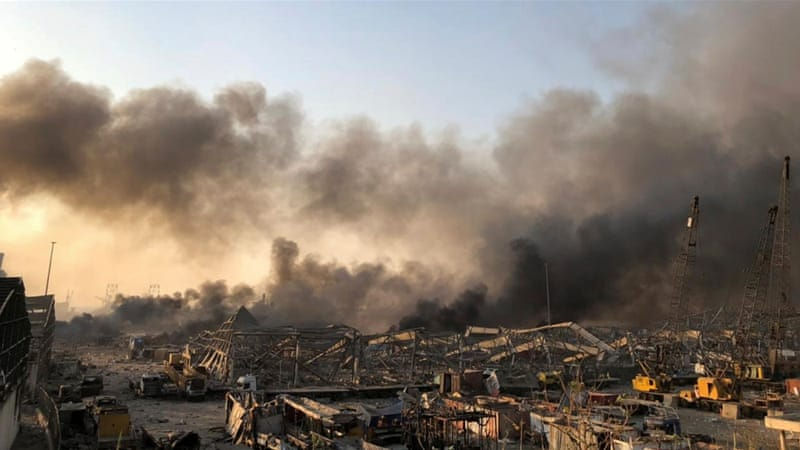 Hundreds of people have been wounded in a huge blast that ripped through Lebanon’s capital, Beirut, according to the country’s health minister.

The powerful blast on Tuesday shook several parts of Beirut, sending huge plumes of smoke into the sky. Initial reports suggested the explosion took place in the capital’s port area containing warehouses. Ambulances were seen heading towards the scene in central Beirut.

The cause of the blast remained unknown.

The blast wave from the explosion caused extensive damage to buildings, shattering windows within a large radius of the blast site.

“I was kilometres away; the glass broke everywhere around me,” said Al Jazeera’s Zeina Khodr, reporting from Beirut.

“The explosion was felt across the city,” she added. “There is chaos in the streets.”