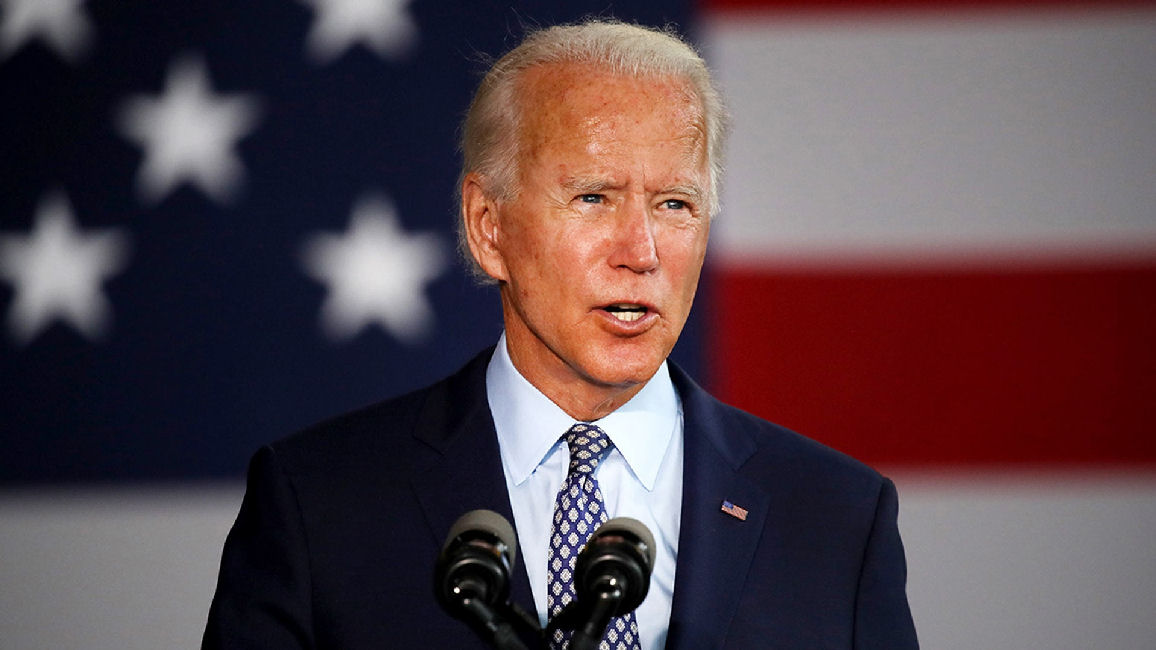 And as the suspense builds over who Biden will choose to be on the ticket for November’s election, this much is known — it will be a woman.

About a dozen names have been bandied about by pundits and the press but the favorite for the vice president slot appears to be California Senator Kamala Harris.

The speculation that the 55-year-old Harris would be the choice was fueled further last week when Biden appeared at an event clutching a notepad with her name on it.

Written on the pad under Harris’s name were several complimentary remarks including “Talented,” “Great help to campaign” and “Great respect for her.”

The November 3 election is shaping up to be one of the most consequential in recent US history and comes amid a health emergency, an economic crisis and a national reckoning over racial injustice.

The choice of a running mate is always one of the most important decisions a White House hopeful makes but it has added significance this year because of Biden’s age.

Biden turns 78 years old on November 20 and he would be the oldest man ever to assume the office if he defeats President Donald Trump in November.

Ronald Reagan was nearly 74 years old when he was inaugurated in January 1985 for his second term in the White House.

“The vice-presidential pick this year is so much more important than it normally is because people expect Biden to only serve one term,” said David Barker, a professor of government at American University.

“And so whomever he picks as vice president is likely to be the next Democratic candidate for president in four years,” Barker said.

Besides Harris, three other senators are believed to be under consideration — Tammy Duckworth of Illinois, Elizabeth Warren of Massachusetts and Tammy Baldwin of Wisconsin.

Atlanta Mayor Keisha Lance Bottoms has also been mentioned along with Susan Rice, who served as national security advisor under president Barack Obama.

Harris challenged Biden for the Democratic nomination but dropped out of the race in December 2019 and threw her support behind Biden, the former vice president and senator from Delaware, in March.

Biden and Harris clashed during an early Democratic primary debate but he appears not to hold it against her.

One of the remarks on the notepad. “Do not hold grudges.”

The daughter of a Jamaican-born father and Indian-born mother, Harris served as a district attorney in San Francisco before becoming attorney general of California, the first woman to hold the post in the most populous US state.

While Harris would be the first black woman on the ticket of a major party, she failed to excite black voters during the primaries, in part, perhaps, because of her reputation for being a tough prosecutor.

Two other black women — Rice and Bass — have emerged as potential running mates for an election that comes amid a backdrop of nationwide “Black Lives Matter” protests sparked by the death of George Floyd.

Rice, 55, has never run for office but she does have extensive foreign policy experience and worked closely with Biden when he was Obama’s vice president and she was national security advisor.

“He has a great relationship with her,” Barker said. “I think that’s going to weigh heavily into his decision.”

Bass, 66, heads the Congressional Black Caucus and is the author of a police reform bill named after Floyd.

“She’s an interesting pick,” Barker said of Bass, and could potentially help Biden’s standing with “young activists, black and white.”

“Even though right now nobody knows who she is, once somebody becomes the vice presidential running mate then everybody learns who they are rather quickly,” he said.

Warren, the 71-year-old senator from Massachusetts, is much better known but is “extremely polarizing,” Barker said.

He said he considered it unlikely Biden would make such a “high risk, high reward” choice when the polls show him leading Trump by a comfortable margin, including in the swing states.

While Biden said he would make his vice presidential selection this week, he may not actually announce it until the following week.

In any event, he is likely to reveal his choice ahead of the Democratic nominating convention, which is to begin on August 17 in Milwaukee, Wisconsin, and has been scaled down because of the coronavirus outbreak.