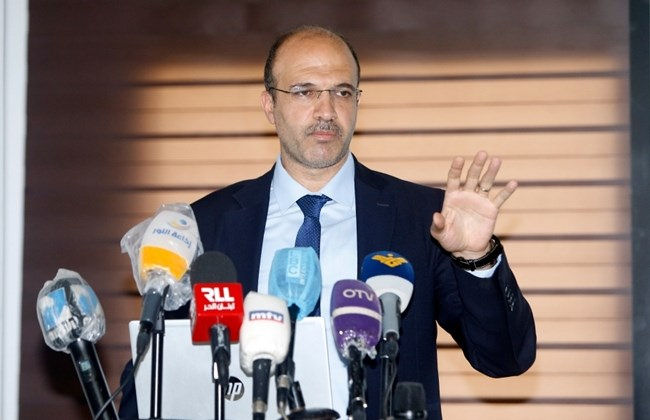 The Health Ministry’s Scientific Committee recommended Monday that Lebanon go into a two week lockdown as the authorities struggled to divert a second wave of coronavirus infections.

“We cannot surrender at this stage. We will continue to sound the alarm and must strengthen the preventative measures against coronavirus,” Health Minister Hamad Hasan said in a news conference after the committee’s meeting.

“We recommended that the country be closed for two weeks, with the exception of the airport.”

Hasan added that the Health Ministry’s Disaster Management Center will soon be activated at Rafik Hariri University Hospital so that it is operational 24-hours a day. This measure is being taken following the failure of a number of hospitals to receive patients, he said.

Hasan’s remarks come after Interior Minister Mohammad Fahmi said Sunday that prison sentences of up to three years may be given to people who intentionally contribute to spreading coronavirus.

Speaking to local channel Al-Jadeed, Fahmi said that “the situation is worse than bad” and that “the loss of control is a result of indifference to public safety.”

Despite a sharp increase in case positivity since the beginning of July, particularly when local infections are isolated from imported cases, Fahmi said that “there is no talk about returning to the ‘odd-even’ system,” whereby vehicles may only be driven on certain days of the week.

Fahmi said that the government’s coronavirus committee was scheduled to meet Monday and that it would implement “strengthened and severe” measures to prevent the spread of the disease, including possible prison terms of between six months and three years. The longer sentences will be meted out to those who deliberately infect others, he indicated.

Lebanon’s prisons are notoriously overcrowded and prison riots broke out in April over fears that coronavirus would spread rapidly among inmates if it were to enter prisons. Cabinet in April had moved to expedite the release of prisoners with less than six months on their sentence and pardon those who had finished their sentences but remained in detention because they had not paid fines.

Fahmi said Sunday that not a single case of COVID-19 had yet been detected in Lebanese prisons.

He said that other strengthened measures authorities were taking to curb the virus’ spread include banning the smoking of nargileh in cafes and restaurants and prohibiting wedding ceremonies.

He indicated that Lebanon’s international airport is not going to be closed, but that “there is a discussion around reducing the number of arrivals.”

“A balance must be found between the economic situation and countering coronavirus,” he explained. “Here, we must remember the [preventative] measures that we’ve been constantly talking about.”

Fahmi said in comments published by Al-Joumhouria Monday that 1,117 fines were issued Saturday to people for not wearing masks and to establishments that were operating without applying the required health precautions.

Fahmi went on to say that the biggest security fear currently was the “repercussions of the economic situation,” which has seen the local currency lose up to 80 percent of its value on the black market.

“The current security situation in Lebanon is under control and coherent, and preventative security measures have been taken in anticipation of Daesh [ISIS members] entering from Syria. Around 150 [people] were detained from among their families in Lebanon,” he told Al-Jadeed Sunday. “The fear is not from those who intend to slip surreptitiously into Lebanon, but the fear today is from the repercussions of the economic situation.”