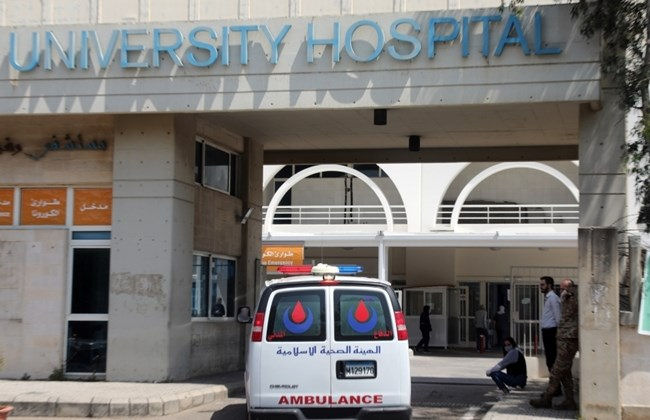 Lebanon is “on the brink of losing control” of the coronavirus pandemic, the country’s foremost authority on the subject said Sunday as a second wave of infections swept across the crisis-hit country.

“I believe we are on the brink of losing control. We need a timeout,” head of the Rafik Hariri University Hospital Dr. Firass Abiad said, hinting that a full lockdown was needed.

“It will allow us to reorganize, get our act together. We won the first battle, but this is a war … Sometimes one takes a step backward in order to move two steps forward.”

According to Health Ministry data shared on Twitter by Prime Minister Hassan Diab’s health advisor Petra Khoury Saturday, if the current rate of intensive care admissions is maintained, all of the country’s ICU beds will be occupied by Aug. 14.

The number of hospitalizations for coronavirus between July 12-26 rose 60 percent, while the number of people in intensive care rose 65 percent during that period.

Given that countermeasures such as partial lockdowns take “at least two weeks to show an impact,” Abiad cautioned that they “may not be sufficient” at this stage.

He added that a full lockdown would also be easier to implement, but warned that the economic consequences … will be severe.”

Lebanon has registered a total of 3,579 coronavirus cases since Feb. 21. The country Saturday once again broke its record for the number of new cases registered, with 175 additional people confirmed to have caught the disease. Test positivity Saturday was at 1.8 percent.

MP George Okais was among those who tested positive for COVID-19 Saturday – a development that prompted Parliament Speaker Nabih Berri to suspend Parliament’s meetings scheduled for Monday and Tuesday.

Okais, who is part of the Lebanese Forces’ parliamentary bloc, came into contact with several other politicians throughout the week, including Berri and LF leader Samir Geagea.

Abiad said that Lebanon needed to up its game considerably in several areas to ward off a full blown health crisis.

“Hospitals and ICU preparedness, the duty of the private health sector, the compliance of different economic sectors, public awareness and attitude, the use of digital tracking, and the severity and equal application of punitive measures, are all areas for improvement,” he said.