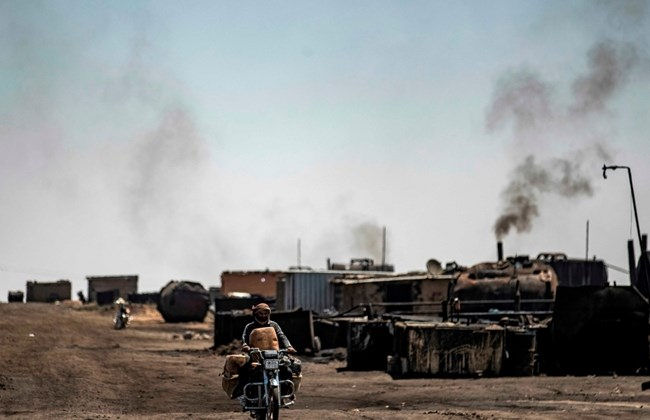 A bomb in a Syria border town controlled by Turkey and its Syrian proxies killed at least eight people, including six civilians Sunday, a Britain-based war monitor said.

The blast from an explosive-rigged motorbike ripped through a vegetable market in the volatile town of Ras al-Ain, wounding at least 19 people, the Syrian Observatory for Human Rights said.

Such bombings are common in the town, which was held by Kurdish forces before Turkish troops and their Syria proxies seized it last October.

Despite the key role the YPG played in the US-led campaign to drive the Islamic State group out of northern and eastern Syria, Ankara has launched repeated incursions against the group, which it regards as an offshoot of the Kurdistan Workers’ Party (PKK) that has waged a deadly insurgency in southeastern Turkey since 1984.

During its most recent incursion against the YPG last year, Ankara established a “safe zone” extending along 120 kilometers of the border and including the town of Ras al-Ain.

The area is a frequent target for bombings and other attacks.

Jordan to reopen to ‘low risk’ countries in August