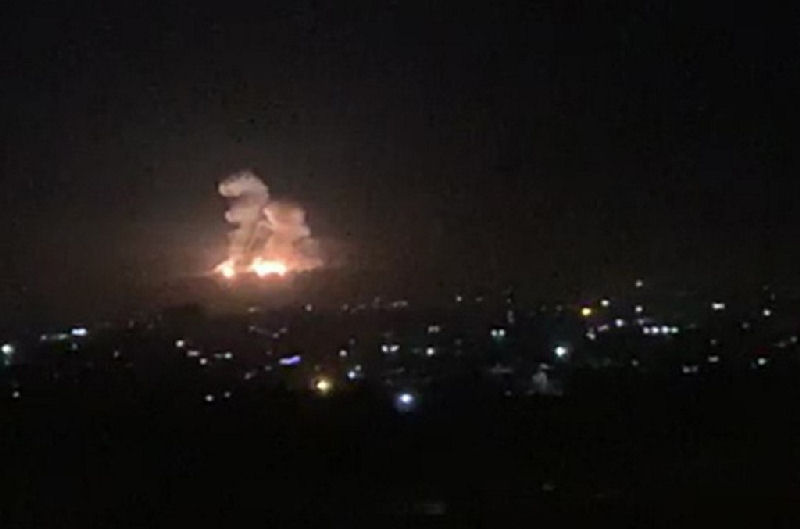 It was not clear what the targets were. The air raids, which came just before 10 p.m., continued for more than 15 minutes. Residents reported hearing at least four explosions in the capital.

A military official quoted in Syrian state media said the attack was carried out by Israeli jets that took off from the Golan Heights, which Israel seized from Syria in the 1967 war. The unnamed official said air defenses responded and downed most of the missiles. He said the attack wounded seven soldiers and caused material damage.

Israel rarely comments on such reports, but is believed to have carried out scores of raids targeting Iran’s military presence in Syria. In the past two months alone, Syria has accused Israel of carrying out at least eight air raids on its territory. The last reported strikes came in late June.

Iran is a key ally of the Syrian government in the nearly decade-long civil war. Israel views Iran as a regional menace and has vowed to prevent any permanent Iranian military buildup in Syria, particularly near the frontier.

In recent months, Israeli officials have also expressed concern that Hezbollah, an Iran-backed Lebanese militant group that operates in Syria, is trying to establish facilities to produce precision-guided missiles. Tensions have also risen along the Israel-Lebanon border.

The strikes Monday came a day after Syrians voted in government-held areas to elect a new parliament. The vote is the third to take place in Syria since the civil war began in March 2011. It has killed more than 400,000, displaced half the country’s population and caused more than five million to become refugees, mostly in neighboring countries.