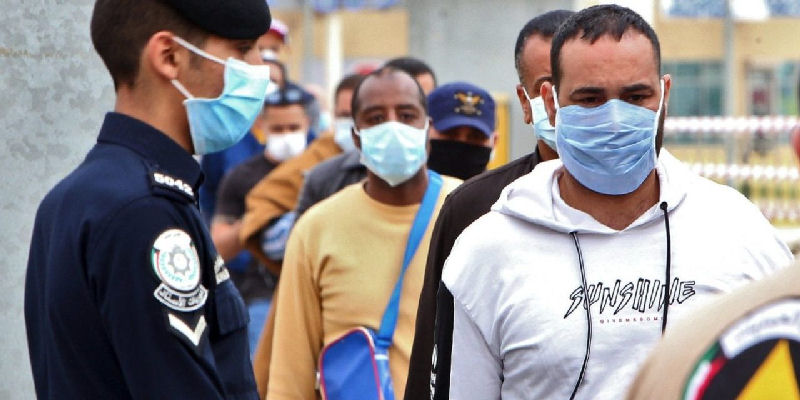 Actors at the Sitara theatre had just started their production of “Beauty and the Beast” when the coronavirus pandemic hit Egypt and brought their show to a grinding halt.

Months later, and despite the gradual easing of lockdown restrictions, the actors have accepted that they must pack away their costumes in storage and wait for the day they can safely bring their characters back to life once more.

Like other countries, Egypt has been trying to revive its economy, hit hard by a coronavirus lockdown that paralyzed tourism and other vital sectors and cut growth forecasts for the 2019/2020 fiscal year to 4.2% from 5.6% prior to the crisis.

The actors, like many in the private sector, have been forced to face the reality that their jobs will not return immediately to what they were used to before the pandemic.

“Our work mainly depends on gatherings and I understand the country has opened up to a large extent … but really for me, I don’t think it’s the safest option as we work mainly with schools and small children in large numbers,” said Summer Galal, one of the actresses in the troupe.

“[Thinking] of everything we’ve been through since coronavirus began until bringing things back and putting them away in storage feels very heavy … the psychological impact has been intense,” Galal added.

In mid-March Egypt imposed lockdown measures including a night curfew, bans on large public gatherings and the closure of restaurants and theatres.

Restrictions were eventually lifted in June, with theatres allowed to operate at 25% capacity. But with several hundred new COVID-19 cases being reported daily, the Sitara decided to stay closed.

Egypt has injected 100 billion Egyptian pounds ($6.3 billion) to stimulate the economy and tried to help the poor and the informal sector workers who depend on day labour.

Around a third of Egypt’s 100 million population lived below the poverty line before the pandemic. But even those who weathered years of tough economic reforms now find themselves pressed for cash.

Egypt’s state information service did not immediately respond to a request for comment on how the government is helping the private sector.

“Employment opportunities are few for managers, even for the staff, because now (cafés) are back to working with a lesser capacity than the usual flow of any restaurant or café,” said Khaled Mohamed, 52, who used to be a manager but is now unemployed.

Egypt’s statistics agency reported in June that more than a quarter of those with a job had not been working due to lockdown measures, while more than half of working Egyptians were on reduced hours or days. Its latest data put unemployment at 9.2% in April.

Egypt has so far registered 87,775 cases of the coronavirus, although the number of new cases has fallen in recent weeks.