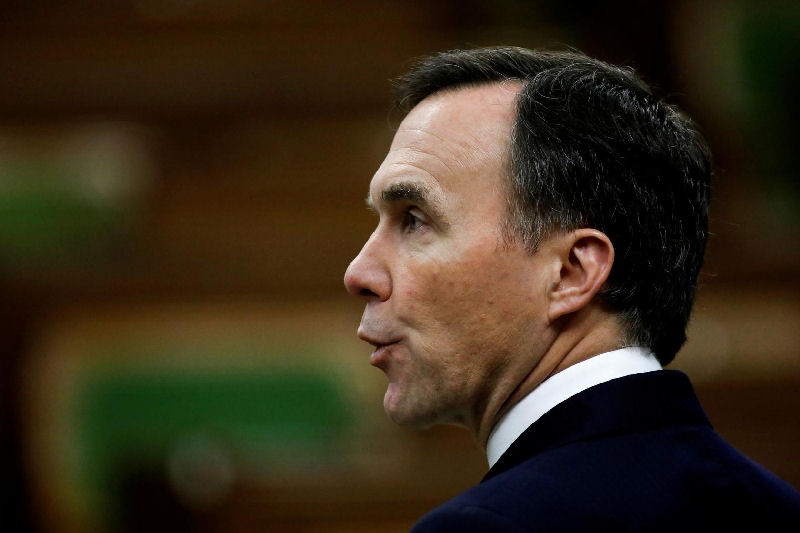 The forecast is far higher than the C$28.1 billion that Canada’s ruling Liberals had projected back in December 2019, before much of the Canadian economy was temporarily shut down to curb the spread of the novel coronavirus.

“This pandemic is not over,” said Finance Minister Bill Morneau said in a speech to parliamentarians that did not mention a return to balance.

“With a crisis of this magnitude, someone was going to have to shoulder the costs and the federal government was uniquely placed to take this responsibility on.”

Canada has provide more than C$212 billion in direct COVID-19 support, Morneau said, and nearly 14% of gross domestic product in total support. Budgetary revenues, meanwhile, are set to plunge by levels not seen since the Great Depression and fall twice as much as in the aftermath of the 2008 global financial crisis.

The federal debt-to-GDP ratio is now forecast to hit 49.1% in 2020-21, from 30.9% forecast seen in December 2019. But Ottawa also said public debt charges will be lower than previously expected.