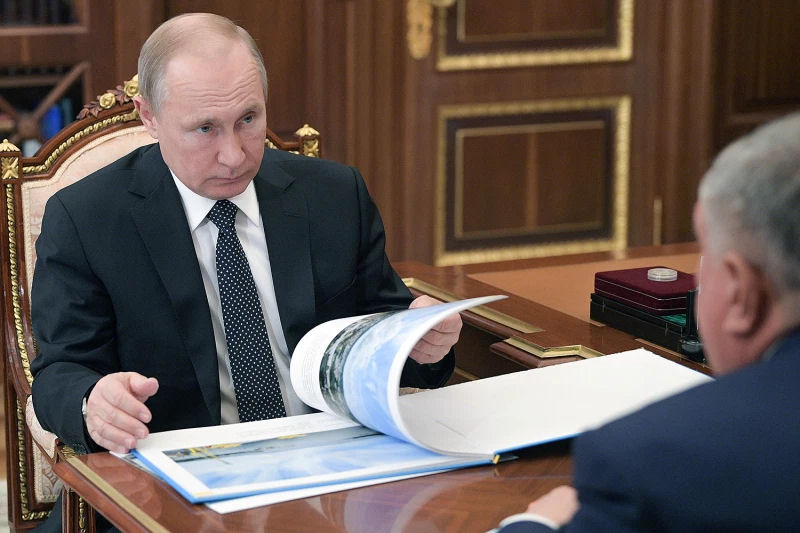 Early results from six days of national voting that ends Wednesday showed more than 70 percent of voters backing the reforms, which critics have denounced as a manoeuvre to allow Putin to potentially stay in the Kremlin for life.

The results were from just over seven percent of polling stations in the country’s less-populated east, the election commission said, and were released as voters continued to cast ballots in western areas including Moscow.

The commission said nationwide voter turnout was at 63 percent as of 1500 GMT.

The changes were passed weeks ago by Russia’s parliament and copies of the new constitution are already on sale in bookshops, but Putin has said voter approval is essential to give them legitimacy.

The reforms include conservative and populist measures – like guaranteed minimum pensions and an effective ban on gay marriage – but crucially for Putin will also reset presidential limits allowing him to run twice again after his current six-year term expires in 2024.

The Kremlin pulled out all the stops to encourage turnout, with polls extended over nearly a week, the last day of voting declared a national holiday and prizes – including apartments and cars – on offer to voters.

Initially planned for April 22, the referendum was postponed by the coronavirus pandemic but rescheduled after Putin said the epidemic had peaked and officials began reporting lower numbers of new cases.

There was little doubt the reforms would be approved, with a state-run exit poll of more than 163,000 voters this week showing 76 percent in favour.

In a final appeal to voters Tuesday, Putin said the changes were needed to ensure Russia’s future “stability, security, prosperity”.

State television showed Putin voting Wednesday at his usual polling station at the Russian Academy of Sciences, where he was handed a ballot by an electoral worker wearing a surgical mask and gloves.

Dressed in a dark suit and tie, Putin was not wearing any protective gear.

At a polling station in Vladivostok in Russia’s Far East, 79-year-old Valentina Kungurtseva told AFP she supported the reforms.

“For us as pensioners, it’s very important that they will increase our pension every year,” she said, adding that she had no problem with resetting presidential terms.

“As long as we have a good president, life will be good,” she said.

Across the country in second city Saint Petersburg, 20-year-old Sergei Goritsvetov said he opposed the reforms but doubted it would make any difference.

“I voted against and I hope there will be many of us, but I don’t know what it will change,” he said. “At least I expressed my opinion.”

Chief opposition campaigner Alexei Navalny said Putin, 67 and in power as president or prime minister since 2000, wants to make himself “president for life” and called for a boycott.

But the opposition – divided, weakened by years of political repression and with little access to state-controlled media – failed to mount a serious “no” campaign.

Golos, an independent election monitor, says it has received hundreds of complaints of violations, including people voting more than once and claims employers are putting pressure on staff to cast ballots.

Putin’s approval rating has fallen in recent months, in part over early mistakes in the government’s handling of the coronavirus crisis. It stood at 60 percent in June according to pollster Levada, down 20 points from the months after his re-election in 2018.

Analysts say Putin wanted to get the vote over with before Russians — already suffering from several years of falling incomes – are hit by the full economic impact of the pandemic.

Putin said in a recent interview that he had not decided whether to run again and suggested part of the reason for the presidential reset was to allow Russia’s political elite to focus on governing instead of “hunting for possible successors”.