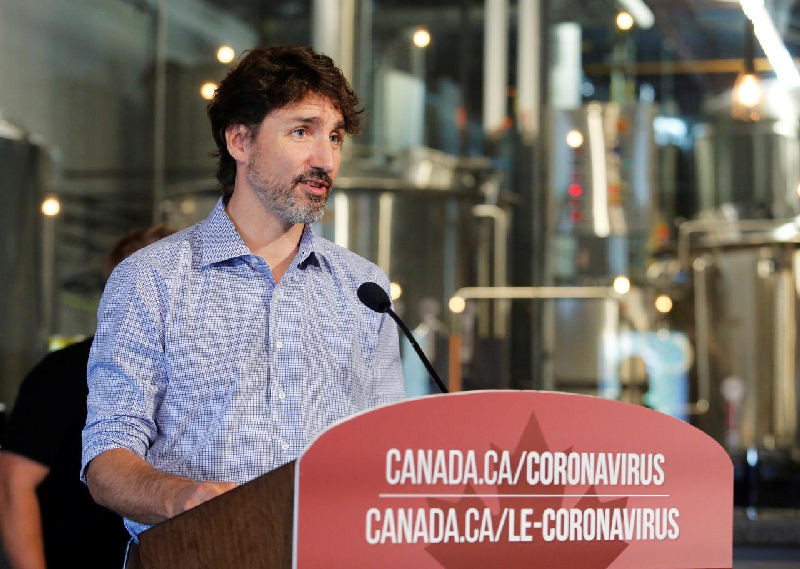 Canada is over the worst of the coronavirus outbreak but a spike in cases in the United States and elsewhere shows Canadians must remain vigilant as the economy reopens, Prime Minister Justin Trudeau said on Monday.

“After a very challenging spring things are continuing to move in the right direction,” Trudeau told a daily briefing, saying a few hot spots remained.

By contrast, some southern U.S. states are reporting huge jumps in daily cases. Authorities in Mexico, Brazil and Russia are also struggling to control outbreaks.

“What the situation we’re seeing in the United States and elsewhere highlights for us is that even as our economy is reopening, we need to make sure we are continuing to remain vigilant,” Trudeau said.

Canadian medical officials released their latest forecasts on Monday, showing the number of overall deaths could be between 8,545 and 8,865 by July 12. The current toll is 8,522.

Chief public health officer Theresa Tam said there had been a steady decline in new cases, deaths and the number of people admitted to hospital since the peak of the epidemic in late April.

“Our public health measures have been successful in slowing the transmission in the community,” she told a news conference.

The United States and Canada have banned non-essential travel between the two nations. The measures are due to expire on July 21, and Trudeau said discussions were taking place about what to do next.

He also said Ottawa had the fiscal room to respond if a second wave of the coronavirus struck later this year. The Liberal government has so far unveiled measures worth more than C$160 billion ($117 billion) in direct spending, or around 7% of gross domestic product.

Thailand to re-open bars and allow in some foreign travellers