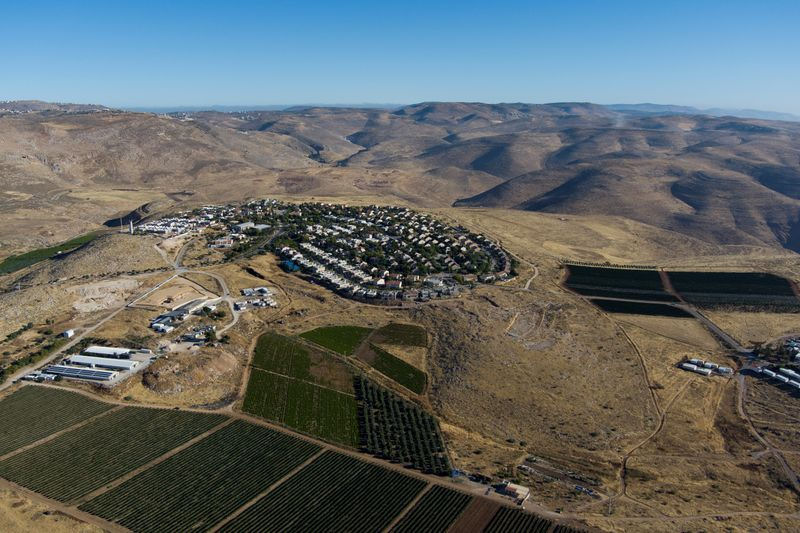 Jewish settler leaders who resist the creation of a Palestinian state are complicating Israel’s plans to annex scores of settlements in the occupied West Bank under U.S. President Donald Trump’s peace blueprint.

Prime Minister Benjamin Netanyahu’s cabinet is due next month to discuss the annexation plan, under which Israel would apply sovereignty over 30% of the West Bank – in areas where most of its about 130 settlements are located.

The plan is opposed by the Palestinians, who seek a state in all of the West Bank, as well as in the Gaza Strip, with East Jerusalem as a capital. Most world powers agree.

The plan also faces resistance from settler leaders who oppose Trump’s calls for a future Palestinian state that would envelop at least 15 Jewish settlements – despite U.S. guarantees of protection for, and access to, the future “enclaves”.

“We’re talking about strangling a community,” said Hananel Elkayam, mayor of Itamar settlement, one of the 15 named in the plan.

In misgivings echoed in the other 14, Elkayam predicted residents would be unable to commute to jobs through territory that would be in a new Palestinian state, would by denied construction and would be at greater risk of attack than now.

U.S. officials will this week discuss whether to give Israel the green light for annexation moves seen by the Palestinians and many other countries as illegal land-grabs.

Israel’s West Bank settlements were built by successive governments on land captured in a 1967 war. More than 400,000 Israelis now live there, with another 200,000 in East Jerusalem, which was also taken in 1967.

Elkayam and other settler leaders say that backing is for annexation – on condition that plans for Palestinian statehood are scrapped.

Israeli and U.S. officials want to be seen as keeping a door open to diplomacy. Where that door might lead worries Yochai Damri, head of a regional council that includes four of the 15 listed settlements.

Damri sees Palestinian statehood becoming more likely if the Republican president is defeated by Democrat Joe Biden in November’s U.S. election, and if, or when, Netanyahu is succeeded by centrist Benny Gantz, the Israeli premier’s partner in a fragile unity government.

The Trump plan says residents of the future enclaves can stay put “unless they choose otherwise”. Damri and other settlers hear in that a hint that they should quit to make way for Palestinian territorial contiguity.

Norwegian found guilty of spying for Iran in Denmark