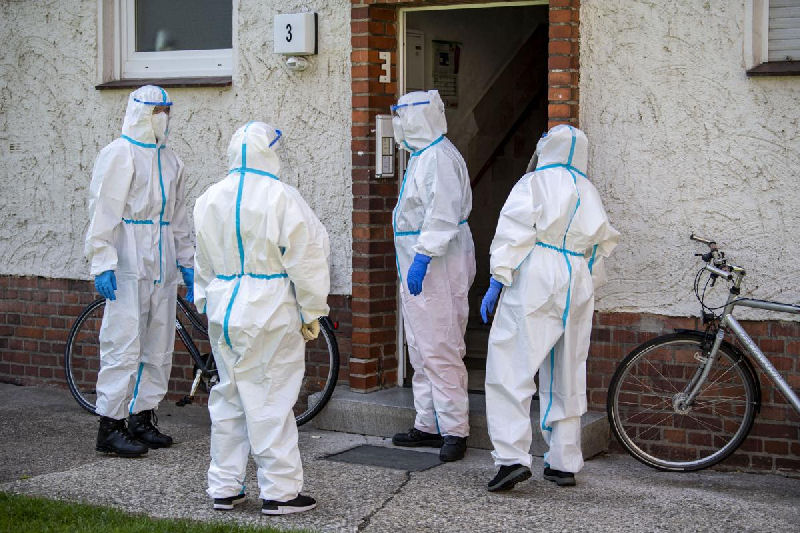 The premier of the western German state of North Rhine-Westphalia said on Tuesday he was putting the Guetersloh area back into lockdown until June 30 after a coronavirus outbreak at a meatpacking plant there.

Guetersloh, with about 360,000 residents, is the first area in Germany to go back into lockdown after the authorities began gradually lifting restrictive measures at the end of April.

“We will lift the measure as soon as possible, when we have certainty about the safety of the infection,” Laschet told a news conference. “It is a preventative measure.”

More than 1,500 workers at a meat processing plant in Guetersloh had tested positive for the coronavirus, plus some of their family members and 24 people with no connection to the plant, he said.

Laschet is a leading contender to succeed Chancellor Angela Merkel when her fourth term in office expires next year. Further outbreaks of the virus in his state, Germany’s most populous, could damage his chances.

State premiers had agreed to act locally where possible to suppress the virus and there was no justification now for broader action, Laschet said.

Earlier on Tuesday, the head of the Robert Koch Institute for public health, Lothar Wieler, said local outbreaks had been a major factor behind a spike in the last few days in the coronavirus reproduction rate, currently estimated at 2.76.

While Germany was at risk of a second coronavirus wave, Wieler said he was optimistic it could be prevented.