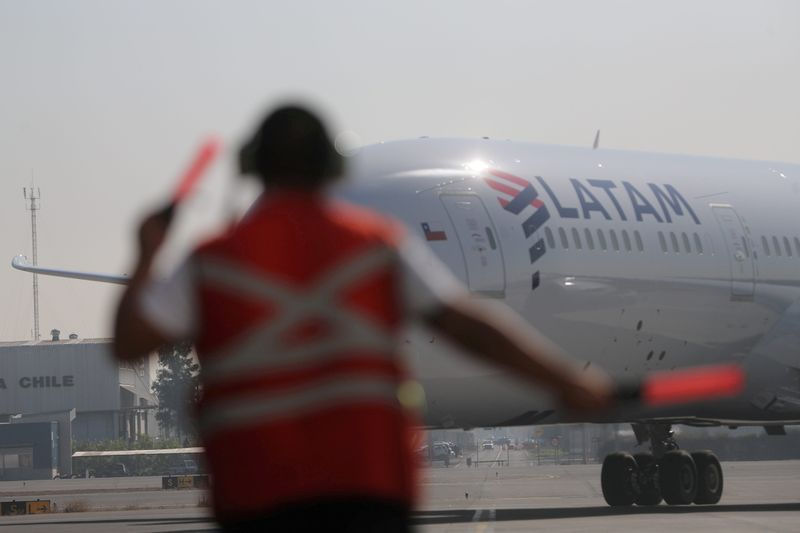 LATAM Airlines and Avianca Holdings survived the Great Depression, but just a few weeks of quarantines forced both companies into bankruptcy, marking Latin America as the world’s top spot for airline financial ruin.

Their bankruptcy filings this month are now set to have a ripple effect on United Airlines and Delta Air Lines, whose untimely bets on the future of Latin American air travel could cost them billions.

Hopes for a taxpayer rescue in the region are fading fast and the bankruptcies show that even Latin America’s two largest carriers are not immune to collapse, even as many airlines in the United States and Europe have received government aid.

Both LATAM and Avianca said they will continue flying as they restructure their debts in bankruptcy court.

LATAM alone accounts for 40% of passengers traveling within Latin America and its bankruptcy startled many investors while dealing a fresh blow to Airbus, which counts LATAM and Avianca as top clients.

He has been in bailout talks for two months and counting, while much of Latin America’s air space remains subject to heavy travel restrictions, even as other parts of the world reopen.

Latin America was already the world’s least profitable region for carriers before the crisis, hurt by volatile currencies, high taxes and a crippling recession in its biggest economy, Brazil.

Still, it has long been viewed as a region of great potential, enough so to tempt Delta and United into spending mightily to unseat American Airlines as the top U.S. carrier for travel to Latin America.

Delta bought 20% of LATAM in December while United struck a partnership with Avianca in 2018, but only after agreeing to finance the personal business interests of its Bolivian-born owner.

Three billion dollars later, both U.S. carriers still lack clearance to coordinate flights with their partners. At today’s prices, Delta could buy LATAM almost four over with the money it spent on its small stake. United could buy Avianca over 20 times.

If you had invested $100 in Avianca at the beginning of this year, you would have $6.50 today. At its height LATAM boasted of being the world’s second airline by market value.

Partly due to LATAM’s size, analysts say, the company’s shares did not fall as much in the leadup to the bankruptcy as those of its peers.

“These were speculators betting on a bailout,” said Cristian Araya of Chilean brokerage Vantrust Capital.

Chile, where millions collectively own 15% of LATAM through retirement funds, this week declared it a “strategic company” but stopped short of rescuing it. Colombia has made no such noises about Avianca.

Combined, LATAM and Avianca still employ over 60,000 people, although most of them are either earning half their usual paycheck or none at all.

On Monday, LATAM’s board sat for its 10th emergency meeting since April to formalize the bankruptcy decision.

The announcement stunned many, with shares of the airline falling more than 60% since Tuesday.

Earlier this week, Raymond James analysts still had an “outperform” rating on the stock, predicting LATAM’s shares would double and calling its debt “manageable.”

But LATAM’s cash crunch and debt crisis were more severe than previously known, according to its bankruptcy filing.

The airline had missed debt payments, scaring banks and aircraft lessors. It had already spent its emergency credit line back in April. Shareholders had overruled LATAM’s board to pay themselves dividends the airline could not afford.

Without a bankruptcy filing, LATAM would have had to pay some $200 million in expenses by next week, almost a third of the total cash held by the airline’s subsidiaries participating in the bankruptcy.

At the same time, Delta abandoned a prior agreement to buy four Airbus A350 planes that LATAM did not want, paying a fee worth only a fraction of the aircraft’s price. LATAM wants to immediately return 15 Airbus planes, Avianca another 8.

“In hindsight I think what we missed is that (LATAM) really needs to become a much smaller airline,” Savanthi Syth, an analyst at Raymond James, said in an interview.

Cadier told Reuters he expects LATAM to shrink by up to 40%, which will include layoffs.

“We do not expect similar (bankruptcy) filings,” it said.