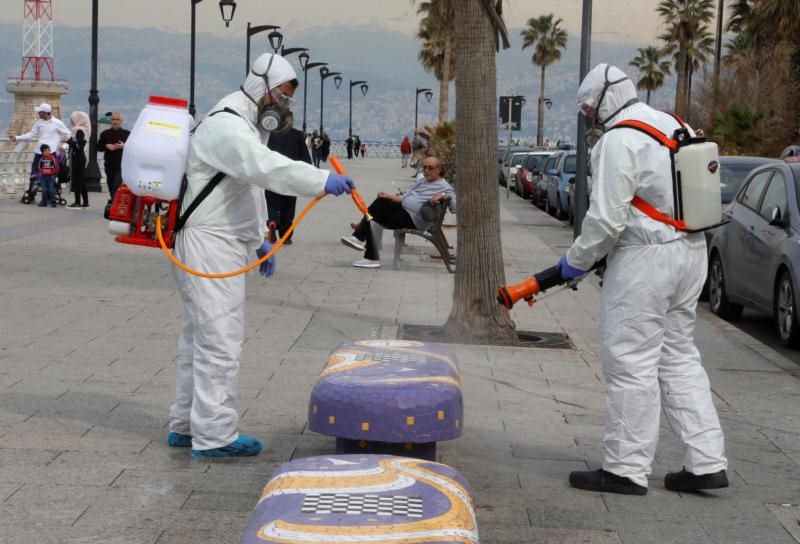 Cabinet Thursday extended the state of general mobilization for another two weeks as Lebanon registered a record number of 63 coronavirus infections in one day, following a relaxation of lockdown measures that allowed the reopening of restaurants and cafes across the country.

Information Minister Manal Abdel-Samad after Thursday’s Cabinet session said that “the main reason for the increase of infections is the expat flights,” returning Lebanese stranded abroad due to global coronavirus lockdown measures.

Lebanon over the last few weeks has seen a significant increase in cases after it began to lift restrictions to stem the spread of coronavirus, while at the same time continuing the re-entry of thousands of nationals stranded abroad.

Many of the cases have been directly traced to returned nationals who failed to self-quarantine and tested positive days after their arrival in the country, spreading the illness to those they came into contact with.

Amid the mounting concern over imported cases, Abdel-Samad said that it remained unclear when Rafik Hariri International Airport would reopen, despite an announcement by Air France Tuesday that it would resume its flights to and from Beirut on June 12.

Despite the dangers of allowing further expat repatriation without adequate monitoring of quarantine procedures by authorities, flights returning stranded Lebanese nationals are continuing to arrive in the country.

Six Middle East Airlines flights are expected to return Lebanese nationals stranded abroad throughout the day, the state-run National News Agency reported. Flights will be arriving from Doha, Paris, Casablanca, Lagos, London and Lusaka. Only passengers arriving from Lagos and Lusaka will have been tested for coronavirus ahead of their trip, with the rest being tested upon arrival.

This will be the fifth time that Lebanon extends its nationwide lockdown which was initially implemented March 15. The government’s initial public health response was quick, shutting down schools, food beverage businesses, and land and sea borders across the country in an attempt to curb the spread of the disease.

But as the country teeters on the brink of economic collapse, the government has to now find a balance between protecting the public’s health and preventing further deterioration of an already flagging economy.

Despite the staggering increase of infections, the Information Minister said that cases remained contained to specific clusters in certain areas. Tuesday’s infections were detected among 2,147 PCR tests administered in the last 24 hours, 90 of which were given to Lebanese expatriates.