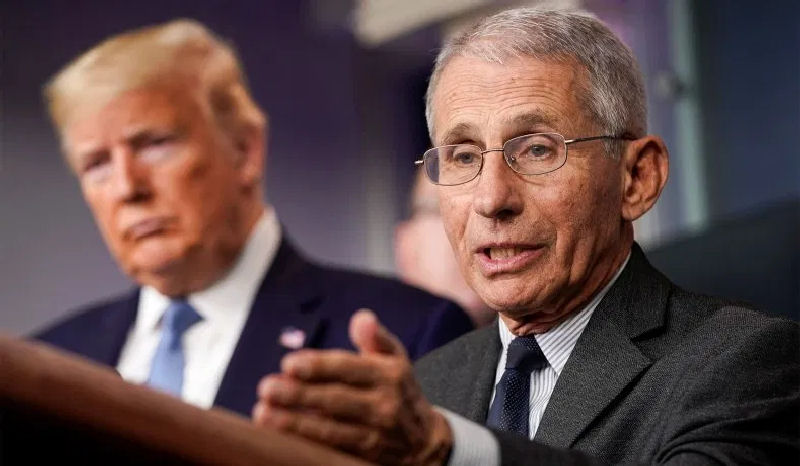 5.8kViews
1686 Shares
Even if the US and other nations battling Covid-19 succeed in beating it back, the illness may return in yearly cycles, warned Anthony Fauci, a top expert on the US coronavirus task force, urging for the fast rollout of a vaccine.

“This could become a seasonal, cyclic thing, and I’ve always indicated to you that I think it very well might,” Dr. Fauci told reporters at the White House on Wednesday. “We’re starting to see now in the southern hemisphere and southern Africa… that we’re having cases that are appearing as they go into their winter season.”

If, in fact, they have a substantial outbreak, it will be inevitable that we need to be prepared that we’ll get a cycle around the second time.

That’s what the Kansas department of health spokes doc hypothesized – this may be cyclical and seasonal. https://t.co/hCHnVdQO4d

Fauci, who also heads up the National Institute of Allergy and Infectious Diseases and holds 45 honorary doctoral degrees, emphasized the need to develop a vaccine, test it quickly and try to “get it ready so we’ll have a vaccine available for that next cycle.” A “menu” of various treatments must also be fast tracked through clinical trials, he said.

Dr. Lee Norman, Secretary of the Kansas Department of Health and Environment, also raised the possibility that the virus could be seasonal at a press briefing last Friday, but said it was too soon to tell.

The US has confirmed 65,000 cases of Covid-19 to date, seeing more than 900 deaths, and is fast becoming one of the world’s hardest-hit countries, surpassed by only Italy and China.

Asked about the World Health Organization’s (WHO) praise for China’s response to the outbreak at Wednesday’s briefing, Fauci became frustrated, telling the reporter “I don’t even know what the question is,” with President Donald Trump cutting in: “Welcome to the group.”

DR. FAUCI: “I don’t have any viewpoint into that … I don’t even know what your question is…” pic.twitter.com/M4mI0ekuSn

Trump was more willing to weigh in on the question, stating that the WHO had “very much sided with China,” and that the organization was “biased” toward the People’s Republic, but nonetheless added “there are a lot of good people there.”

Worldwide, the virus has infected in excess of 466,000 people and killed more than 21,000, with cases now climbing by the tens of thousands each day.