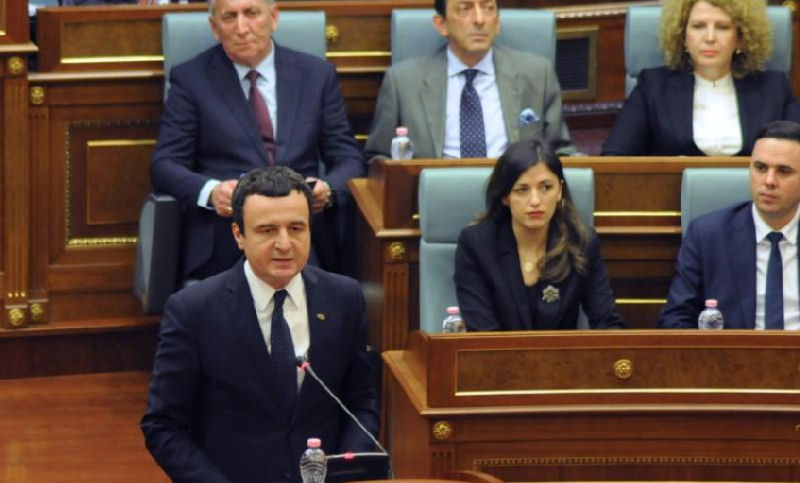 Kosovo’s coalition government faces a no-confidence vote in parliament on Wednesday after a dispute over whether to declare a state of emergency to combat the coronavirus.

The vote is set to go ahead despite pleas by France and Germany for the Balkan country’s leaders to put aside their differences and focus on trying to curb the spread of the virus.

With 29 members in the 120-seat Parliament, Prime Minister Albin Kurti’s cabinet is unlikely to survive the vote. It took office less than two months ago after lengthy coalition talks following an election last October.

The Democratic League of Kosovo (LDK), which is part of the coalition, filed a motion for a no-confidence vote after Kurti sacked LDK member Agim Veliu as interior minister.

Veliu had supported calls by Kosovo’s president for a state of emergency to be declared to combat the coronavirus. Kurti said such a drastic move was not justified and opposed it.

“By firing the LDK minister without any consultation, the prime minister broke the governing coalition,” said Arben Gashi, a member of the LDK.

In a joint statement, the foreign ministries of Germany and France urged the LDK to reconsider its call for a no-confidence vote and said Kosovo could concentrate on fighting the coronavirus.

“France and Germany are concerned about the political situation in Kosovo at a time when political unity is necessary to face the COVID-19 crisis,” a joint statement said.

Kosovo has reported 63 coronavirus cases. One person has died after contracting the virus.

The sacking of the interior minister followed others disagreements, notably on whether a tariff of 100% on goods produced in Balkan rival Serbia should be abolished.

Kosovo introduced the tariff in November 2018, saying it would be abolished once Belgrade recognized Kosovo.

The move halted dialogue on normalizing relations between Belgrade and Pristina and angered the European Union and the United States, which backed Kosovo’s declaration of independence in 2008 following the wars that tore apart former Yugoslavia.

Kurti decided to partially remove the tariffs, prompting the United States to halt $50 million in aid.

Moscow says outbreak is worse than it looks