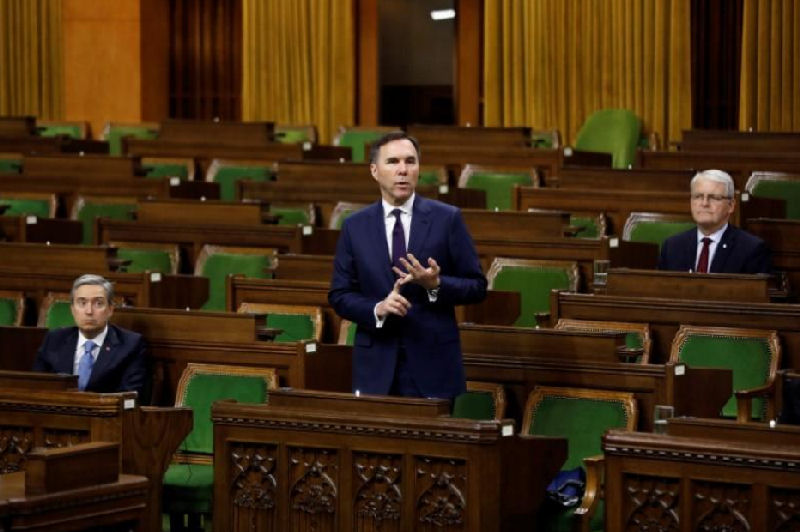 After almost a day of wrangling, Canada’s House of Commons agreed early on Wednesday to approve a C$27 billion ($18.8 billion) stimulus bill to help people and businesses deal with the coronavirus outbreak.

A few dozen legislators – maintaining social distancing in the face of the highly contagious disease – backed the measures after the Liberal government agreed to remove proposals that would have given Ottawa emergency spending powers without Parliamentary approval until the end of 2021.

The bill – which also includes C$55 billion in the form of tax deferrals – must now be approved by the unelected Senate, which will meet later on Wednesday.

A total of 2,792 Canadians have been diagnosed with the coronavirus and 27 have died, while more than a million people have applied for unemployment benefits in less than two weeks.

But after almost 18 hours of wrangling, and faced with opposition threats to drag out approval of the aid, Trudeau officials agreed to dilute some of their demands.

“Because we fought back, the Trudeau government has backed down from its power grab,” said Pierre Poilievre, finance spokesman for the official opposition Conservatives.

The modified bill caps Ottawa’s emergency spending power at six months. It also says the House of Commons finance committee – which is controlled by opposition legislators – can probe government spending and force Parliament back in 48 hours if it thinks abuses are occurring.

Trudeau’s Liberals only have a minority in the House of Commons and rely on other parties to govern.

“It’s done. The House has adopted the emergency support … it’s now up to the Senate,” said Pablo Rodriguez, the cabinet minister responsible for pushing legislation through the House of Commons.

Once senators have voted for the bill, it needs formal assent from the Governor-General, the representative of Queen Elizabeth, Canada’s head of state. This is a formality.