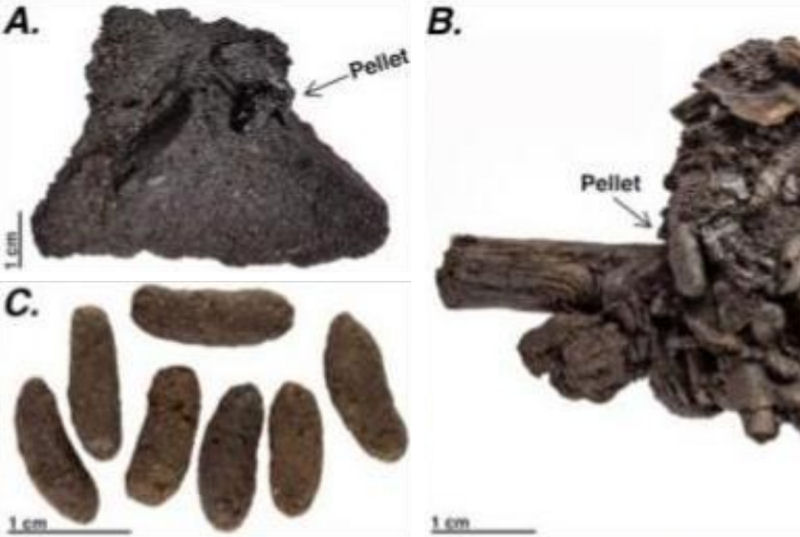 Researchers reported in a paper published Friday their discovery of the first coprolites, or fossil feces, found in an asphaltic environment.

Hundreds of fossilized rodent pellets were found at Los Angeles’ Rancho La Brea, better known as the La Brea Tar Pits, by researchers of the Tar Pits, the University of Oklahoma and the University of California Irvine, according to the new paper, published in the journal Scientific Reports.

While bones of larger extinct animals are often found in the tar pits, in which animals were trapped by natural asphalt, new excavation and chemical techniques allow insights from discovery of smaller fossils.

The exceptionally well-preserved rodent pellets were radiocarbon-dated and indicate they are at least 50,000 years old. They were found during an excavation for a parking garage for the nearby Los Angeles County Museum of Art.

“It’s incredible that after more than a century of excavation and study, we are still unearthing new types of fossils from La Brea’s treasure trove of deposits,” said Emily Lindsey, the Tar Pits’ assistant curator. “These tiny finds may lead to big discoveries about the climate and ecosystems of Ice Age Los Angeles.”

The coprolites indicate what rodents ate, offering a picture of vegetation and climate conditions of the past.

The preservation of the unprecedented find is attributed to “an asphalt seep overtaking an existing rodent nest,” noted Karin Rice, preparator at La Brea Tar Pits.