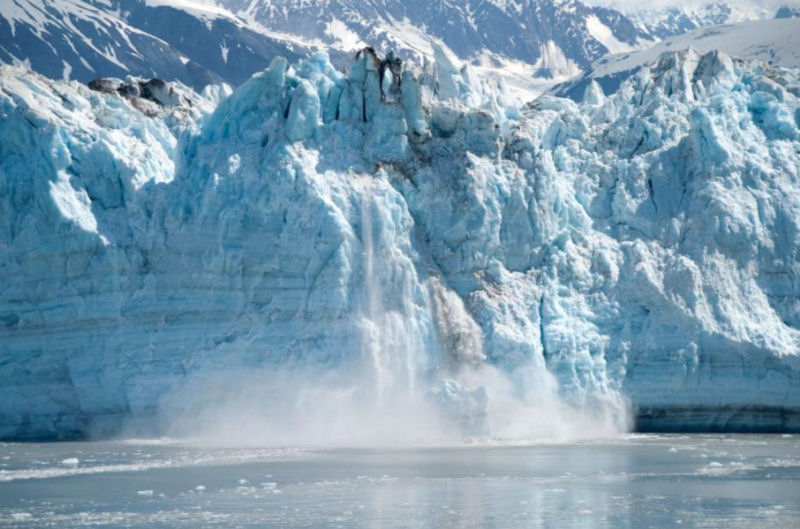 A rich source of carbon and other nutrients has been discovered in groundwater atop Arctic permafrost, scientists say in a paper published Friday.

The paper, published in the journal Nature Communications, offers evidence of significant and previously undetected concentrations of dissolved organic matter in groundwater atop the permafrost. The water flows to Arctic coastal waters, bringing nutrients to Arctic coastal food webs.

While groundwater typically travels to the sea, delivering nutrients, Arctic ground water is often frozen and its role in the local ecology is less examined.

Researchers learned that the amount of dissolved organic material from Alaska’s Beaufort Sea is nearly the same as from nearby rivers in the summer, overturning expectations that groundwater input would be reduced because of the permafrost.

The study was performed by aquatic chemists and hydrologists of the University of Texas at Austin’s Marine Science Institute and Jackson School of Geosciences, the U.S. Fish and Wildlife Service and Florida State University.

“We have to start thinking differently about groundwater,” said senior author Jim McClelland of the University of Texas at Austin. “The water that flows from rivers to the Arctic Ocean is pretty well accounted for, but until now the groundwater flowing to this ocean hasn’t been.”

The research indicates that ground water mixes with layers of deeper soils and thawing permafrost, picking up and transporting old organic carbon and nitrogen as it travels. This old carbon is thought to be minimally decomposed, never having seen the light of day before it meets the ocean.

“Despite its ancient age, dissolved organic carbon in groundwater provides a new and potentially important source of fuel and energy for local coastal food webs each summer,” said lead author Craig Connolly of UT Austin. “The role that groundwater inputs play in carbon and nutrient cycling in Arctic coastal ecosystems, now and in the future as climate changes and permafrost continues to thaw, is something we hope will spark research interest for years to come.”