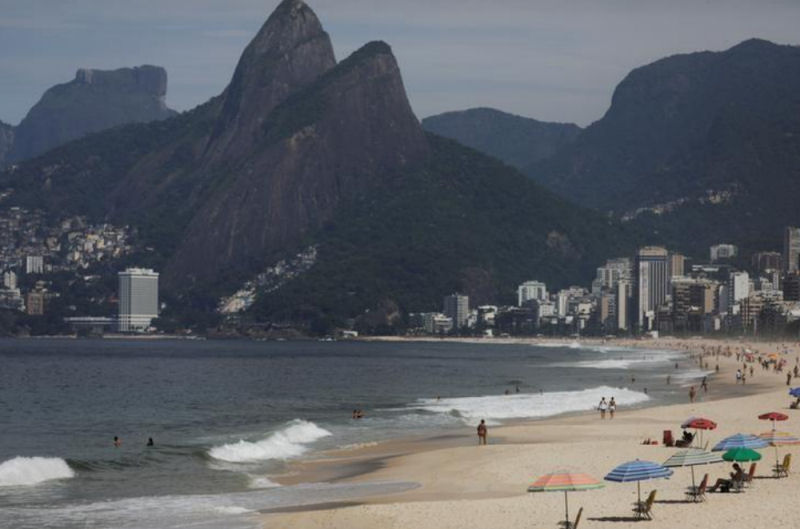 Brazil’s coronavirus death toll rose to seven on Thursday, including the first fatalities in tourist hotspot Rio de Janeiro, as Latin America’s largest nation closed more borders to visitors and the foreign minister waded into a diplomatic spat with China.

The Rio state government said the two deaths were a 63-year-old diabetic woman in the hilly interior of Rio de Janeiro state and a 69-year-old man, also diabetic, in the city of Niteroi.

The state of Sao Paulo later reported the death of a 77-year old man, bringing the country’s toll to seven. Earlier, the Health Ministry said the number of confirmed cases had risen to 621, an increase of 193 from Wednesday.

President Jair Bolsonaro, who has faced criticism for his lax handling of an outbreak he initially called a “fantasy,” issued a decree restricting entry of foreign visitors at land borders with Argentina, Paraguay, Bolivia, Peru, Colombia, Suriname, Guyana and French Guiana. On Wednesday, Brazil began turning away Venezuelans at the border.

As Bolsonaro closed borders, his foreign minister Ernesto Araujo appeared to fan the flames of a diplomatic spat with China started on Wednesday by the president’s son Eduardo who blamed the spread of the virus on a failed cover-up of the initial outbreak by the Asian giant.

The Chinese Ambassador Yang Wanming demanded an apology but also retweeted a post describing the Bolsonaro family as a “huge poison,” a retweet he has since erased.

“It is unacceptable that the Chinese ambassador endorses or shares offensive posts aimed at the Brazilian head of state,” Araujo said in a statement, adding he expected a retraction.

Araujo also said Eduardo’s comments did not reflect the government’s position. Eduardo later tweeted that he stood by his criticisms of China’s government but had not intended to offend the Chinese people.

Responding to the deaths in Rio, state Governor Wilson Witzel urged people to stay indoors and to avoid gyms and beaches.

The country’s major cities have moved to restrict social gatherings in an attempt to slow the outbreak, with shopping malls and nightclubs asked to close. But the measures remain inconsistent between cities and states.

Brazil’s financial markets were calmer on Thursday after the U.S. Federal Reserve opened up a dollar swap facility of up to $60 billion with Brazil’s central bank, which itself intervened in the currency market to support the real.

Brazil’s benchmark Bovespa index rebounded from a near three-year low to close up 2.2% and the real had its biggest rise since October 2018.

The rapid spread of the virus represents a major threat for the far-right populist Bolsonaro, who was already struggling to resuscitate the country’s weak economy.

On Wednesday night, Brazil erupted to the sound of banging pots and pans and shouts of “Bolsonaro out!” with housebound protesters expressing their anger toward the president for the second night in a row.