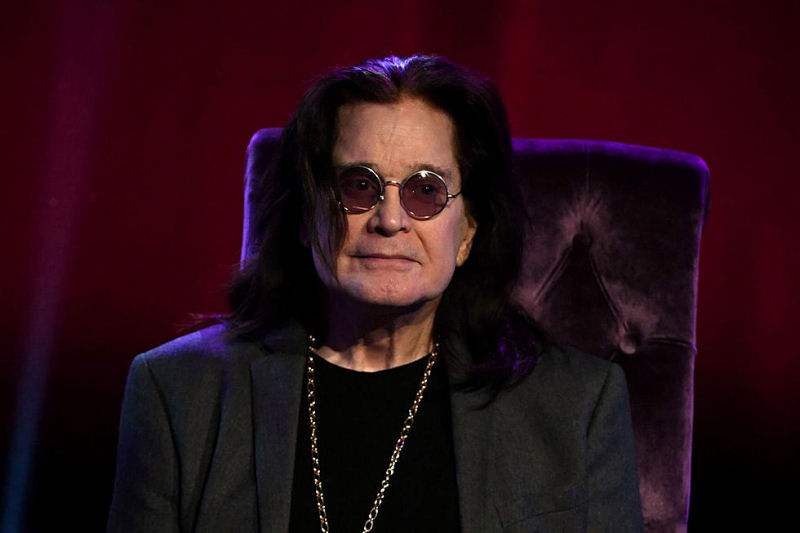 Ozzy Osbourne has vowed to return to the stage after coming clean about his Parkinson’s diagnosis – because it’s one of the main things keeping him going.

The 71-year-old Paranoid rocker appeared alongside wife Sharon Osbourne to talk about his health, joking he was ‘milking it’ as famous friends including Slash and Elton John rallied round him to offer their support. Diagnosed with Parkin 2, gene that Ozzy was born with, the star’s health has deteriorated in recent years as the rare disorder works at a slower pace than what most know Parkinson’s to be.

But despite the disease, Ozzy hopes to return to the stage once again – and refuses to think of an alternative option. ‘My desire is to get back on stage,’ he said. ‘I’m not ready hang up my mic yet. That’s what I live for. To do shows.’ ‘I exercise as much as I can, I have a trainer, I do pilates, I do all kinds… a masseuse, nurses 24/7…’ Ozzy continued.

‘But the best medication I can get is being in front of an audience. It’s breaking my heart to be honest.’ ‘I will [perform again]. I am,’ he told Piers Morgan. ‘Absolutely. I will be up there. I have to say that. ‘I feel like you’re saying “What will you do if you can’t do it again?”. It’s not an option, because I will do it.’

Related Topics:EntertainmentMusicOzzy Osbourne
Up Next