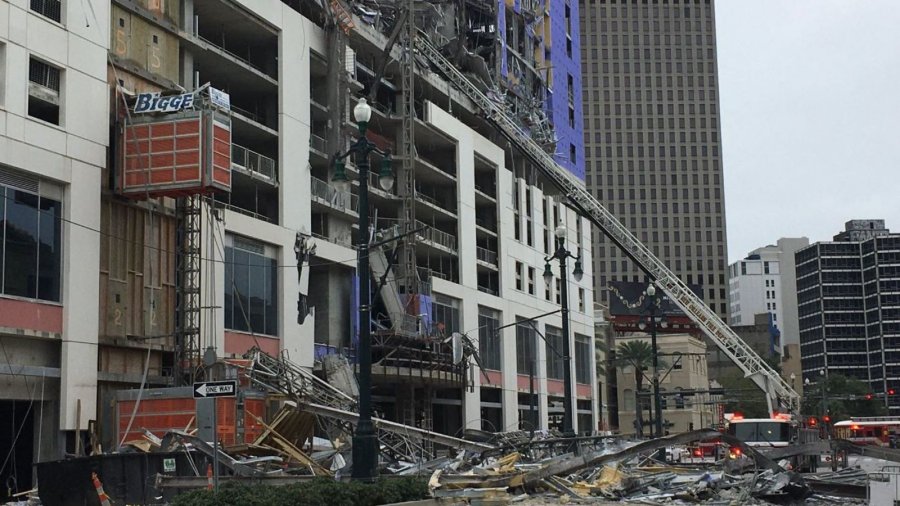 One person has died and three are unaccounted for after a large section of an under-construction Hard Rock Hotel collapsed in New Orleans.

Video shows people on the ground desperately running away as the new building starts to crumble.

A section of the facade peels off and drops into the street.

Authorities say 18 people were taken to hospital for treatment. All are considered stable.

It is not yet known what caused the incident.

A figure can be seen at a window only two storeys below the section that collapsed. The condition of the person is unknown.

The hotel has been under construction for several months.

It was scheduled to open in the spring.