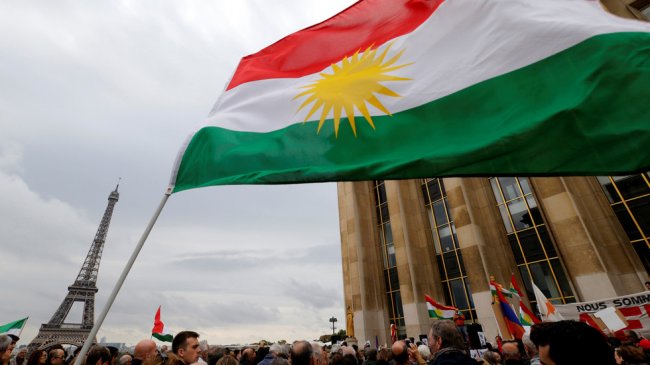 France will cease all weapons sales to Turkey that could be used in Ankara’s crackdown on Kurdish militias in Syria, the French Foreign and Defense ministries have said. Berlin had issued a similar statement shortly before Paris’.

“In expectation of the end of this offensive, France has decided to suspend all plans to export to Turkey weapons that could be used in this offensive,” the joint Saturday statement from the ministries read. “This decision is with immediate effect.”

The suspension of weapons sales comes as EU ministers prepare to meet in Luxembourg next week to plan a response to Turkey’s ‘Operation Peace Spring’ offensive, and after German Foreign Minister Heiko Mass announced a similar halt to arms exports earlier on Saturday.

The Netherlands and Norway have also frozen their arms sales to Turkey in response.

Ankara’s offensive, launched following the withdrawal of US troops from Northern Syria, has been condemned by leaders in the west. Though US President Donald Trump has been accused of “abandoning” Washington’s Kurdish allies in the region, Trump has threatened to punish Turkey with economic sanctions unless its military shows restraint.

Turkish President Recep Tayyip Erdogan has vowed to only target “terrorists” in Northern Syria, and to avoid striking civilians. Nevertheless, French Foreign Minister Jean-Yves le Drian has called on Erdogan to halt the military operation, in a joint statement with his Belgian, Estonian, German, Polish, and British counterparts.

“Renewed armed hostilities in the north-east will further undermine the stability of the whole region, exacerbate civilian suffering and provoke further displacements, which will further increase the number of refugees,” the statement read.

Lebanon to charge for WhatsApp calls

White House ‘will not co-operate with impeachment inquiry’