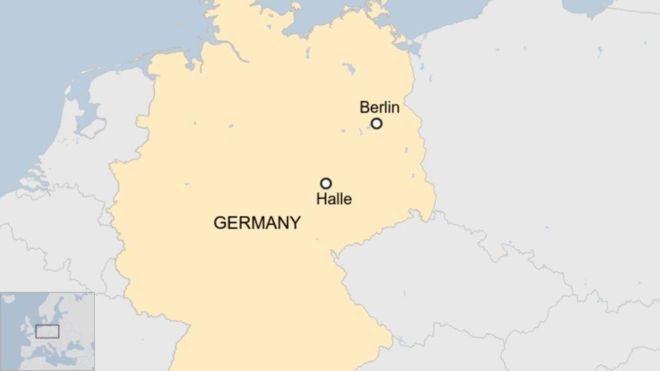 At least two people have been killed in a shooting in the eastern German city of Halle, police say.

The police warned residents to stay in their homes as the attacker was still on the run.

Witnesses say the gunman was wearing military camouflage and had several weapons.

The Bild newspaper said the attack took place near a synagogue in the Paulus area of the city but this has not been officially confirmed.

The Halle regional broadcaster said that after the gunman fled there was another shooting nearby.

Police have cordoned off the Paulus district and also warned residents in Landsberg, outside of the city, to stay in their homes.