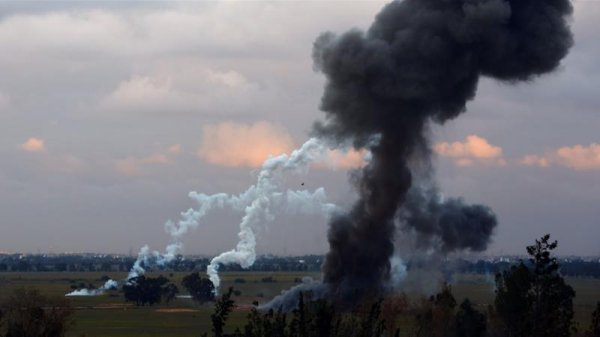 An air attack by forces loyal to renegade military commander Khalifa Haftar near the Libyan capital killed five doctors, the UN-recognized Government of National Accord (GNA) said on Sunday.

“Five doctors were killed and seven other people, including rescuers, [were] wounded” in Saturday’s attack that al-Hashemi said was carried out by “a Haftar warplane”.

The general, whose Libyan National Army (LNA) enjoys the backing of France, the United Arab Emirates, Egypt and Russia, launched an offensive in early April to seize control of Tripoli.

Pro-GNA forces weathered the initial onslaught and since then fighting has remained deadlocked on the outskirts of the capital, with both sides resorting to air attacks in recent days.

No immediate confirmation or denial of responsibility from Haftar’s forces was made.

“Since the beginning of Haftar’s campaign in April, medical facilities, including field hospitals and ambulances, have been vulnerable,” said Al Jazeera’s Mahmoud Abdelwahed, reporting from the blast site near Tripoli.

“Medical workers showed us the remains of the guided rocket that hit the facility. They say that it was most probably launched from a drone. We understand that Emirati drones have been supporting Haftar’s forces since the beginning of the fighting.”

Saturday’s attack was the third to target a hospital south of Tripoli.

Mourners killed by Boko Haram at a funeral in Nigeria