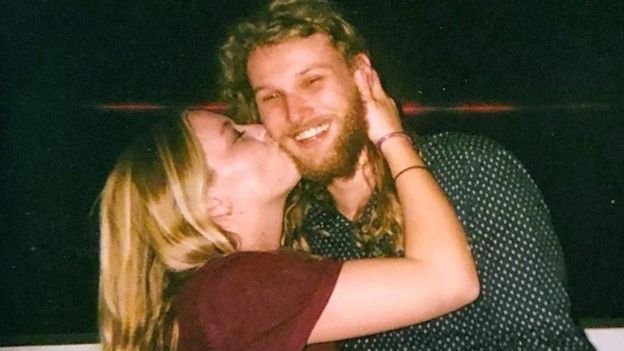 Two Canadian teenagers on the run suspected of killing an Australian-American couple have been charged with the murder of a third man.

Arrest warrants have been issued for Mr McLeod, 19, and Mr Schmegelsky, 18, after Leonard Dyck was found shot dead in British Columbia near to a burnt-out camper van belonging to the pair.

The teenagers’ disappearance has prompted a national manhunt by police.

On Wednesday, the Royal Canadian Mounted Police (RCMP) identified the man as 64-year old Mr Dyck, a resident of Vancouver.

His body was found close to Dease Lake and the two teenagers have been charged with second degree murder over his death.

In a statement, Mr Dyck’s family said they were “truly heartbroken by the sudden and tragic loss”.

“His death has created unthinkable grief and we are struggling to understand what has happened,” they added.

The couple killed, Mr Fowler, 23 and from Australia, and American Ms Deese, 24, were on a two-week-long road trip across Canada.

Mr Fowler had been working in the country.

The couple were found shot dead 20km south of Liard Hot Springs – a popular tourist spot. Police believe they were killed on the night of 14 July.

Their 1986 blue Chevrolet minivan was found near their bodies, and eyewitnesses told media they had earlier seen the pair on the side of the road when their van had broken down.

Mr McLeod and Mr Schmegelsky, both from Vancouver Island, had been on their way to Yukon territory for work last week and have not been in contact with their families since.

The pair were initially considered missing, but on Tuesday police named them as suspects in the deaths of Mr Fowler and Ms Deese.

A manhunt for the pair has been extended to the Canadian provinces of Saskatchewan and Manitoba, where there have been reported sightings.

They were spotted driving a vehicle which was later discovered on fire in Manitoba on 24 July.

Police said the two were considered “armed and dangerous” and have warned the public not to approach them.

Canadian teen fugitives may be hiding in woods