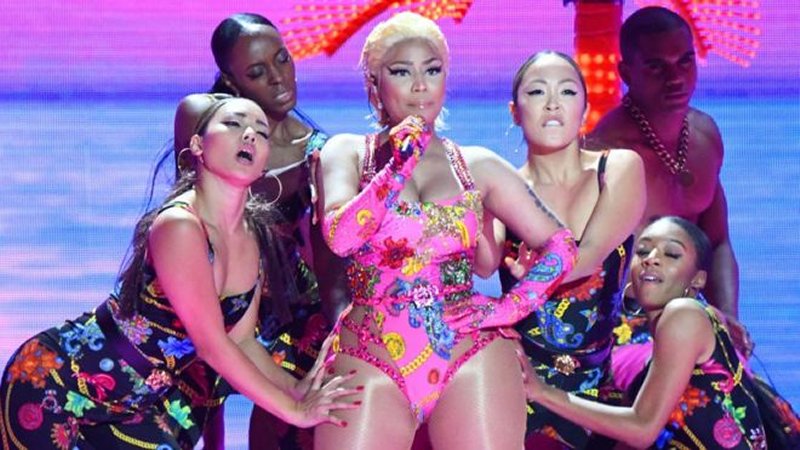 Rapper Nicki Minaj has cancelled a scheduled performance in Saudi Arabia next week, citing her support for the rights of women and the LGBT community.

Her headline billing at the festival in Jeddah triggered an outcry from critics of the country’s human rights record.

Others questioned how her revealing outfits and explicit lyrics would go over in the ultra-conservative kingdom.

Saudi Arabia has been trying to ease restrictions on entertainment and to encourage growth in its arts sector.

Scrutiny of the country’s human rights record intensified after the murder of journalist Jamal Khashoggi at the Saudi consulate in Istanbul last October.

In March, the kingdom drew further criticism when it put 10 women’s rights activists on trial.

“After careful reflection I have decided to no longer move forward with my scheduled concert at Jeddah World Fest,” the singer said in a statement.

“While I want nothing more than to bring my show to fans in Saudi Arabia, after better educating myself on the issues, I believe it is important for me to make clear my support for the rights of women, the LGBTQ community and freedom of expression.”

On Friday, the US-based Human Rights Foundation wrote an open letter to Minaj urging her to withdraw from the 18 July festival.

It called on her to “refuse the regime’s money” and use her influence to demand the release of the detained women activists.

Last week some on social media described the singer’s decision to perform in Jeddah as hypocritical, contrasting her appearances at gay pride events with Saudi Arabia’s stance on gay rights. Homosexuality is banned in Saudi Arabia.

Minaj was not the first performer to cause controversy by accepting an invitation to perform in Saudi Arabia.

Earlier this year, Mariah Carey defied calls from human rights activists to cancel her performance in the kingdom, while last December rapper Nelly came under fire for performing a “men only” concert.