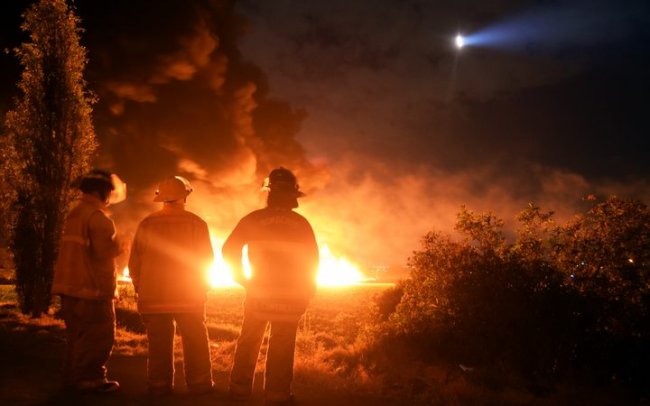 It is believed the explosion occurred after the line was ruptured by suspected fuel thieves in the town of Tlahuelilpan, in Hidalgo state.

Officials say scores of people had been scrambling to fill up containers and were engulfed in an inferno.

Dozens of charred bodies remain at the scene, which is cordoned off by security forces.