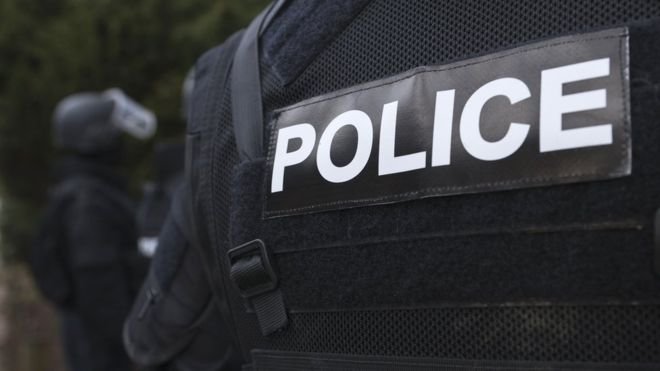 A successful police negotiator needs some key qualities. Calmness under pressure, a reassuring presence, and a knack for listening to name just a few.

But it turns out that a decent singing voice can also come in handy.

One Swat team negotiator in the US state of Pennsylvania brought an armed standoff to a close with his version of the festive classic White Christmas.

But it is not clear whether the man surrendered due to the perfection or the sheer awfulness of the rendition.

The nine-hour standoff began late on Christmas Day when a man in Chester County began behaving erratically and barricaded himself into his home.

A worried family member called the police when the man allegedly armed himself with a rifle.

But when officers arrived he reportedly opened fire, damaging a number of police vehicles.

These bullet holes are just some of the damage left behind after police say a national guardsman from #ChesterCounty fired a rifle at officers #Christmas night.

We’re live on @CBSPhilly at 4, 5, and 6p with how a Christmas Carrol lead to the man being taken into custody pic.twitter.com/vfoNHUPpll

“Over a long and cold night, they kept negotiating with the man,” District Attorney Thomas Hogan wrote in a Facebook post.

He said that he arrived on the scene with (Reindeer-shaped) Christmas biscuits to boost the morale of the officers before one negotiator made a sudden breakthrough.

After prolonged talks, the man reportedly demanded that a police officer sing him White Christmas.

A negotiator then sang four verses of the hit, thought to be the biggest-selling single of all time, before the man surrendered at 06:00 local time and was taken into custody.

“You can’t make this stuff up,” Mr Hogan wrote. “This being Swat, they ate the cookies, made fun of each other, and went home to their families, quietly satisfied with a job well done.”

Trump says build US-Mexico wall or he will seal border