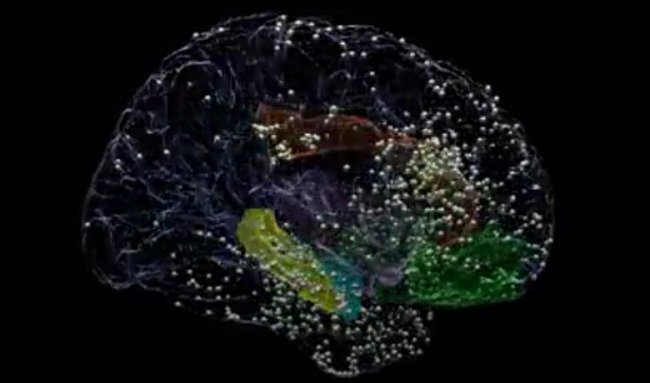 Researchers have found an effective target in the brain for electrical stimulation to improve mood in people suffering from depression. As reported in the journal Current Biology on November 29, stimulation of a brain region called the lateral orbitofrontal cortex (OFC) reliably produced acute improvement in mood in patients who suffered from depression at the start of the study.

Those effects were not seen in patients without mood symptoms, suggesting that the brain stimulation works to normalize activity in mood-related neural circuitry, the researchers say.

“Stimulation induced a pattern of activity in brain regions connected to OFC that was similar to patterns seen when patients naturally experienced positive mood states,” says Vikram Rao, of the University of California, San Francisco. “Our findings suggest that OFC is a promising new stimulation target for treatment of mood disorders.”

The team led by Rao and Kristin Sellers in the lab of Edward Chang studied 25 patients with epilepsy who had electrodes placed in the brain for medical reasons to pinpoint the origin of their seizures. Many of those patients also suffered from depression, which is often seen in people with epilepsy. With the patients’ consent, Chang’s team took advantage of those electrodes to deliver small electrical pulses to areas of the brain thought to be involved in regulating mood.

In the new study, the researchers focused their attention and the electrical stimulation on the OFC. The OFC is a key hub for mood-related circuitry. But it’s also widely regarded as one of the least well-understood brain regions.

“Although OFC is a more superficial target, it shares rich interconnections with several brain regions implicated in emotion processing,” Sellers says. That made this relatively small brain area an attractive target for therapeutic stimulation.

The researchers used the implanted electrodes to stimulate OFC and other brain regions while collecting verbal mood reports and questionnaire scores. Those studies found that unilateral stimulation of the lateral OFC produced acute, dose-dependent mood-state improvement in subjects with moderate-to-severe baseline depression. The changes in brain activity the researchers observed after stimulation closely resembled those seen when people are in a good mood.

The findings show that mood can be immediately improved by electrical stimulation of a relatively small area of brain, the researchers say. They also add to evidence that mood disorders are the result of dysfunction in brain circuits.

The researchers say that plenty of work remains before DBS could enter routine clinical practice. Chang’s team is currently exploring whether stimulation of OFC produces durable improvement in mood over longer periods of time. They also hope to develop a medical device for patients with treatment-resistant mood disorders that can monitor brain activity in OFC and stimulate only when needed to keep that activity within a healthy range.

“Ultimately, it would be ideal if activity in mood-related brain circuits could be normalized indefinitely without patients needing to do anything,” Rao says.

Materials provided by Cell Press. Note: Content may be edited for style and length.

Wireless ‘Pacemaker for the Brain’

Cannabis and Genetic Profile of Sperm